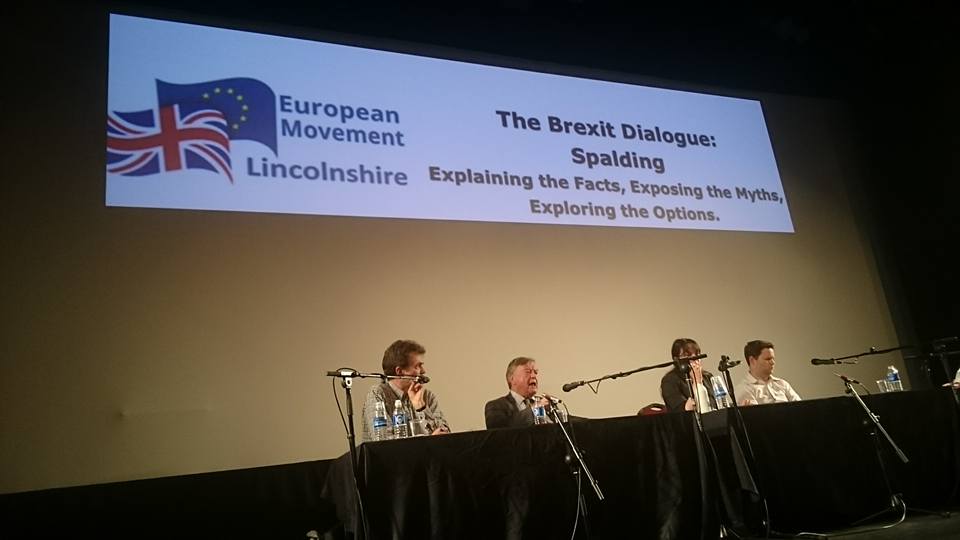 The event was reported by the Lincolnshire Free Press and was also covered on Twitter - the audience consisted of many local people, who posed some challenging questions for the panel and everyone left knowing more than what they did when they arrived.

"This evening has proven to be a great success - whilst it is unfortunate that our local MP has chosen not to attend, I hope that many of those who had voted to leave that did attend will reflect on where the Brexit negotiations are now and ask themselves whether the path being pursued by the Government is going to deliver what was promised. If they feel let down, then I hope that they will appreciate why many grassroots groups up and down the country are actively calling for a #PeoplesVote on whatever final deal is put before Parliament, allowing the people to have the final say"