Our second campaign stall in Lincoln took place on Saturday 5th May at the aptly named Speakers Corner. We had more people signing up to supporters than we have had at any previous stall and people were still asking to sign up whilst we were packing up the stall.

The highlight of the afternoon was when we were joined by Lord Andrew Adonis who is touring the country to talk to Leave voters and to make the case for the People's Vote on the final Brexit deal. 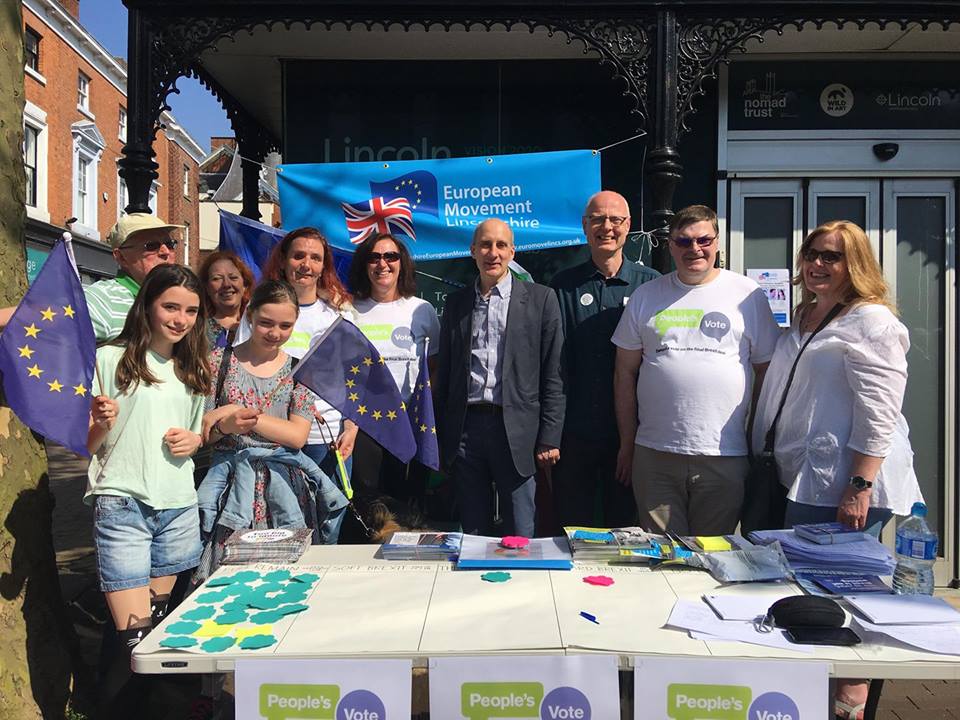 We had a lot of interest in the campaign for a People's Vote and spoke to equally passionate Remain and Leave voters including one leave voter who agreed that we should remain in the Customs Union and Single Market, which is at odds with the claim now being made by hard Brexiters that the referendum in June 2016 was a vote to leave the Customs Union & single market as well as the European Union.

We did encounter one Leave voter who's opening line was that the European Union Accounts are not audited. This is one of the biggest myths, and in order to dispel it, we take this opportunity to note that they are audited by the European Court of Auditors, a separate entity from the European Union. The European Court of Auditors is a member of the The International Organization of Supreme Audit Institutions a body that also includes the UK's National Audit Office - the Audited EU Accounts for the 2016 calendar year can be found here. These accounts do include a qualified opinion for the first time since the Court started providing a Statement of Assurance in 1994. This compares favourably with the UK Whole of Government Accounts which for 2015-16 have four qualified opinions.

Witnessing Lord Adonis engaging with a leave voter was very informative and the techniques used will no doubt be repeated on future stalls. We thank him for joining us. His visit has enthused supporters in Lincoln who are already discussing the next stall.