Members of the Lincolnshire European Movement branch travelled down to London on 25th March 2017 to take part in the "Unite for Europe" march against Brexit where they met up with members of the to London recently formed Leicestershire and Northamptonshire branches of the European Movement under the East Midlands Umbrella. The march coincided with the 60th Anniversary of the signing of the Treaty of Rome which established the European Economic Community. The Police estimate that around 100,000 people took part 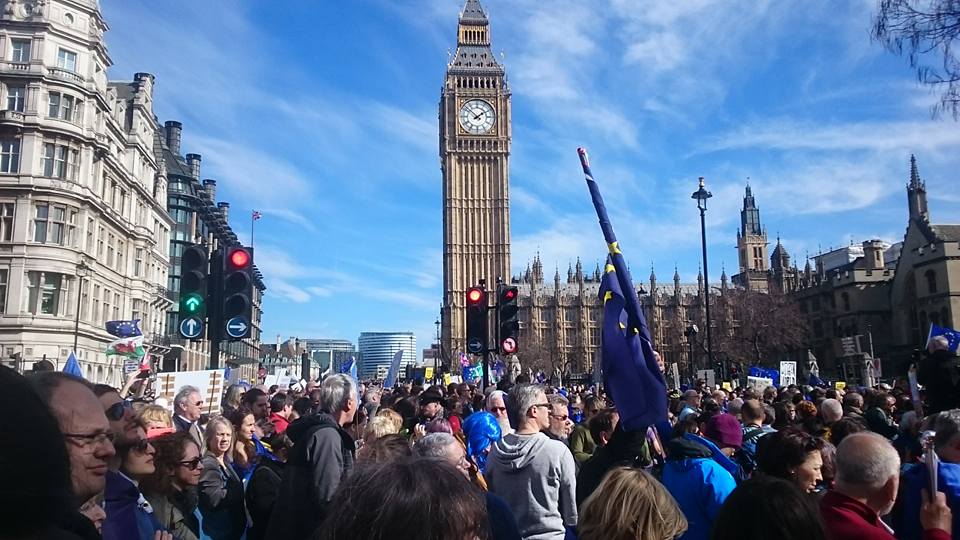 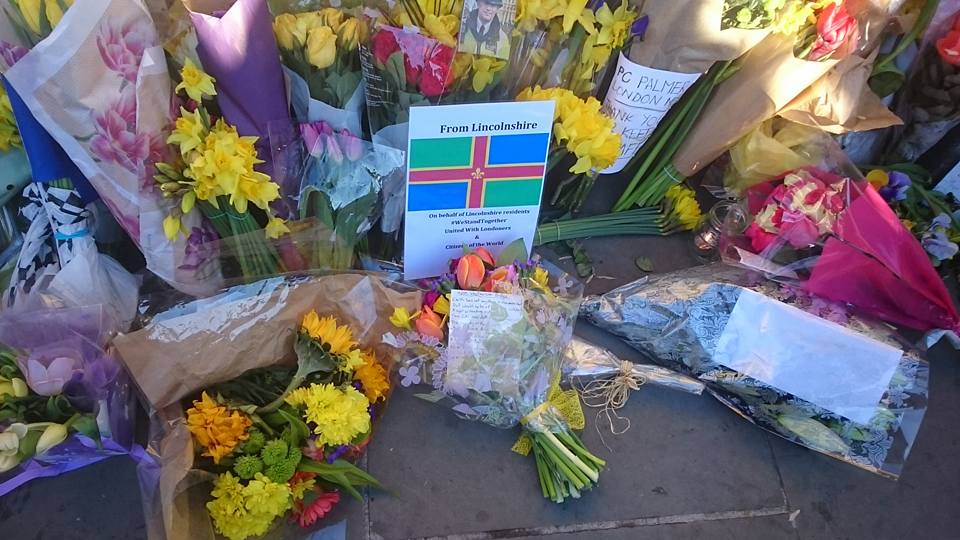 Chair of the Lincolnshire European Movement branch John Bland said "It just seemed the right thing to do. Regardless of how they voted in the referendum all Lincolnshire residents are united in their condemnation of the cowardly acts of last week. As this was the public event to take place in the City of Westminster since then, we felt that it was important to take a symbol on behalf of everyone in Lincolnshire. When I saw the wall of flowers on the railings that was being added to by so many people who had marched, I was glad that we had decided to do it."