Research by Lincolnshire European Movement has established that Farmers and other landowners in Lincolnshire collectively gained over £125m in the year ended 15 October as a result of our membership of the European Union.

In some areas of the historic county of Lincolnshire the payments made in the form of subsidies and grants to farmers and landowners are significant, examples being:-

Amongst some of the more notable beneficiaries are Lincolnshire County Council, Lincolnshire Wildlife Trust & the Burghley House Preservation Trust. In addition, nationally the National Trust received over £9m in the year ended 15 October 2018. 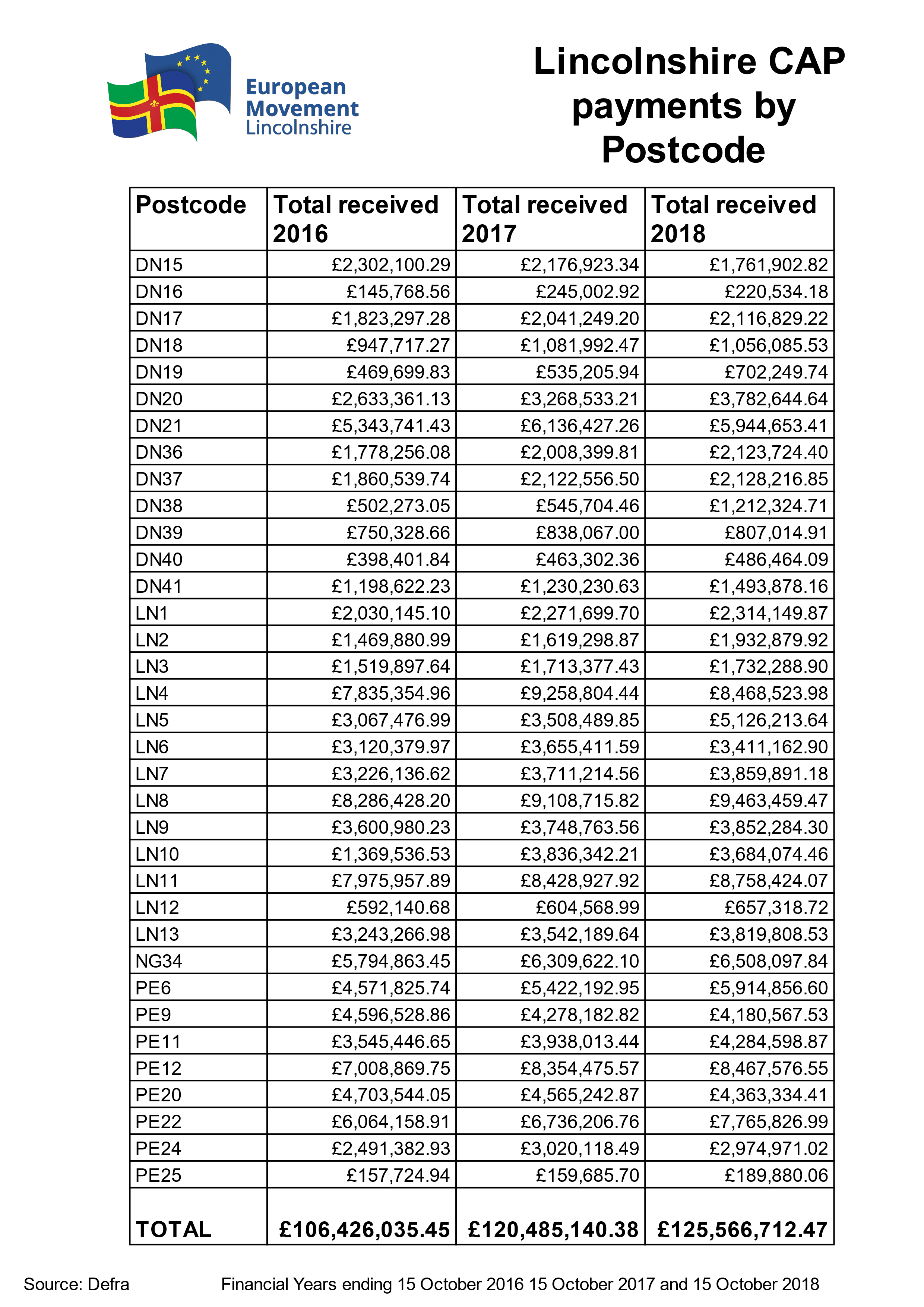 Whilst the Government have indicated that they will introduce a replacement subsidy scheme, due to the Proroguing of Parliament, it is by no means certain that the legislation will be implemented in time should we leave the European Union, meaning that farmers could be left high and dry, and could find income streams that can sometimes make a significant difference to their ability to survive lean times suddenly dry up.

"Whatever you think about the merits of the scheme and the way it is administered by DEFRA, these payments collectively make a significant difference to the Lincolnshire rural economy. It is little wonder that the National Farmers Union are deeply concerned about the risks of a No Deal Brexit, nor it is a surprise that support for the Farmers for a People's Vote campaign is gaining momentum."