We are delighted to reveal our new logo. Based on the logo for European Movement UK, the design incorporates the Lincolnshire County flag which was originally unveiled in 2005 following a popular vote organised by BBC Radio Lincolnshire & Lincolnshire Life Magazine.

We have taken the Lincolnshire flag with us on the various national rallies and marches over the last couple of years and it generates a lot of interest, especially when we proudly say we are from Lincolnshire!

The red cross is the Saint George's Cross representing England. Yellow represents the crops grown in the county, as well as the nickname "Yellowbellies" given to people born and bred in Lincolnshire. Blue represents both the sea of the East coast and the wide skies of Lincolnshire, and green symbolises the rich lushness of fenland fields. The fleur de lys is a recognised symbol of the City of Lincoln.

The Logo was designed by one of our members and is being used on our Facebook and Twitter feeds, and will be increasingly used on our website. John Bland, Chair of the branch said:-

"As someone who can trace half his ancestry back over hundreds of years in the Lincolnshire area, I have always wanted to incorporate the county flag of Lincolnshire into our branding ever since the branch was formed. I am delighted to see this come to fruition. It seems particularly apt that the Lincolnshire flag was chosen by a popular vote as it is a People's Vote on the final Brexit deal that we are currently campaigning for." 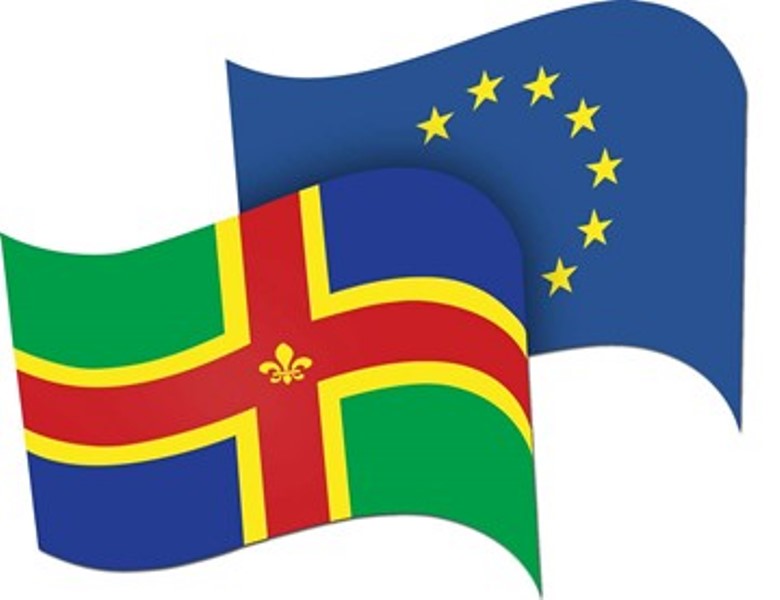