Students at Lincoln University have joined together to form a pro European Group which will be holding its inaugural event at the University on Thursday 28 February. Hosted by the University of Lincoln Liberal Democrat Society, and supported by Lincolnshire European Movement, Our Future, Our Choice and For Our Futures Sake, the event will be open to students on the campus and also to the wider general public and features some nationally well known speakers. 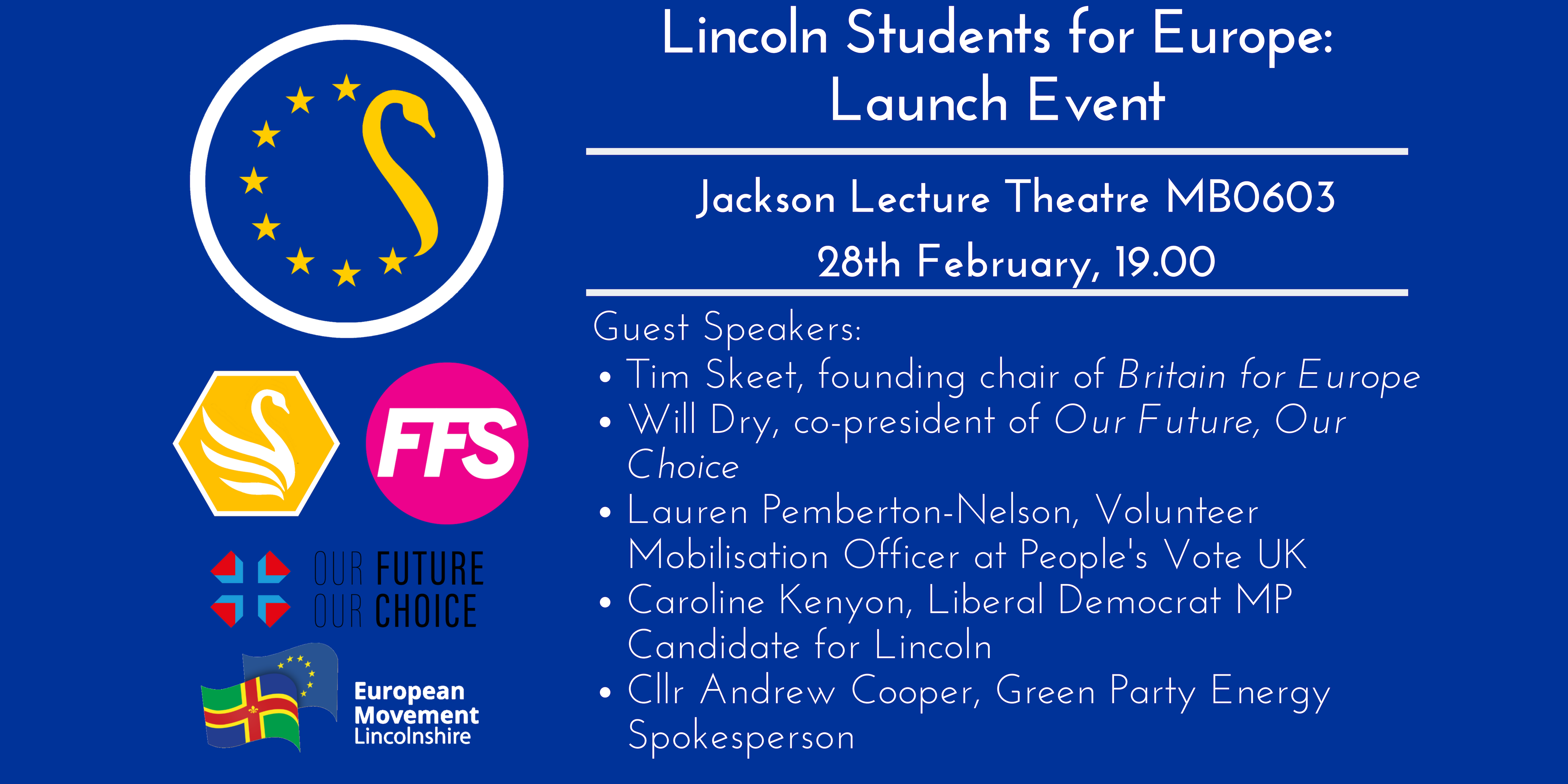 The line up will include:-

He works in the City specialising in debt markets, a job that has taken him around most of Europe and North America and involved him in many regulatory and finance industry developments. He Tweets as @_TimSkeet

Will voted Leave in the first referendum. He changed his mind, very simply, because much of what the Leave campaign said would happen, has not happened. He Tweets as @Will_DryOFOC

Caroline Kenyon is Founder/Director of The Food Awards Company, backed by entrepreneur Luke Johnson. It owns, creates and delivers world-class specialist food awards, including Pink Lady® Food Photographer of the Year, the world’s leading awards for food photography and film and Tiptree World Bread Awards, the UK’s top awards for bread bakers, soon to launch in New York. She Tweets as @C_Kenyon1

Andrew Cooper has been a member of the EU Committee of the Regions since 2015. He was elected to Kirklees Council in May 1999 as a Green Party Councillor and has been re-elected 6 times in the Newsome Ward. He proposed the UK's first universally free insulation scheme which saw over 50,000 Kirklees homes insulated by 2011 and was the most successful insulation scheme in the country according to the Department for Energy and Climate Change. In 2009 he was recognised in the Independent on Sundays list of the top 100 Environmentalists (Number 59) and was the only Councillor on the list. Andrew is the Green Party's National Energy Spokesperson. He tweets as @clrandrewcooper

John Bland, Chair of the Lincolnshire branch of the European Movement said:-

"Whatever happens in the weeks and months ahead, the establishment of a pro European Society at Lincoln University is exciting news as it will give the students the opportunity the opportunity to learn about the European Union and the  way it works. We are proud to be involved in the Society's establishment and wish the group every success in the future."

Tickets can be ordered via our Eventbrite Page