On Saturday 24th March, to coincide with national events such as the Great Northern March in Leeds and a series of rallies throughout the country, members and supporters of the Lincolnshire European Movement came together to speak to Lincoln residents on a campaign stall on the High Street. 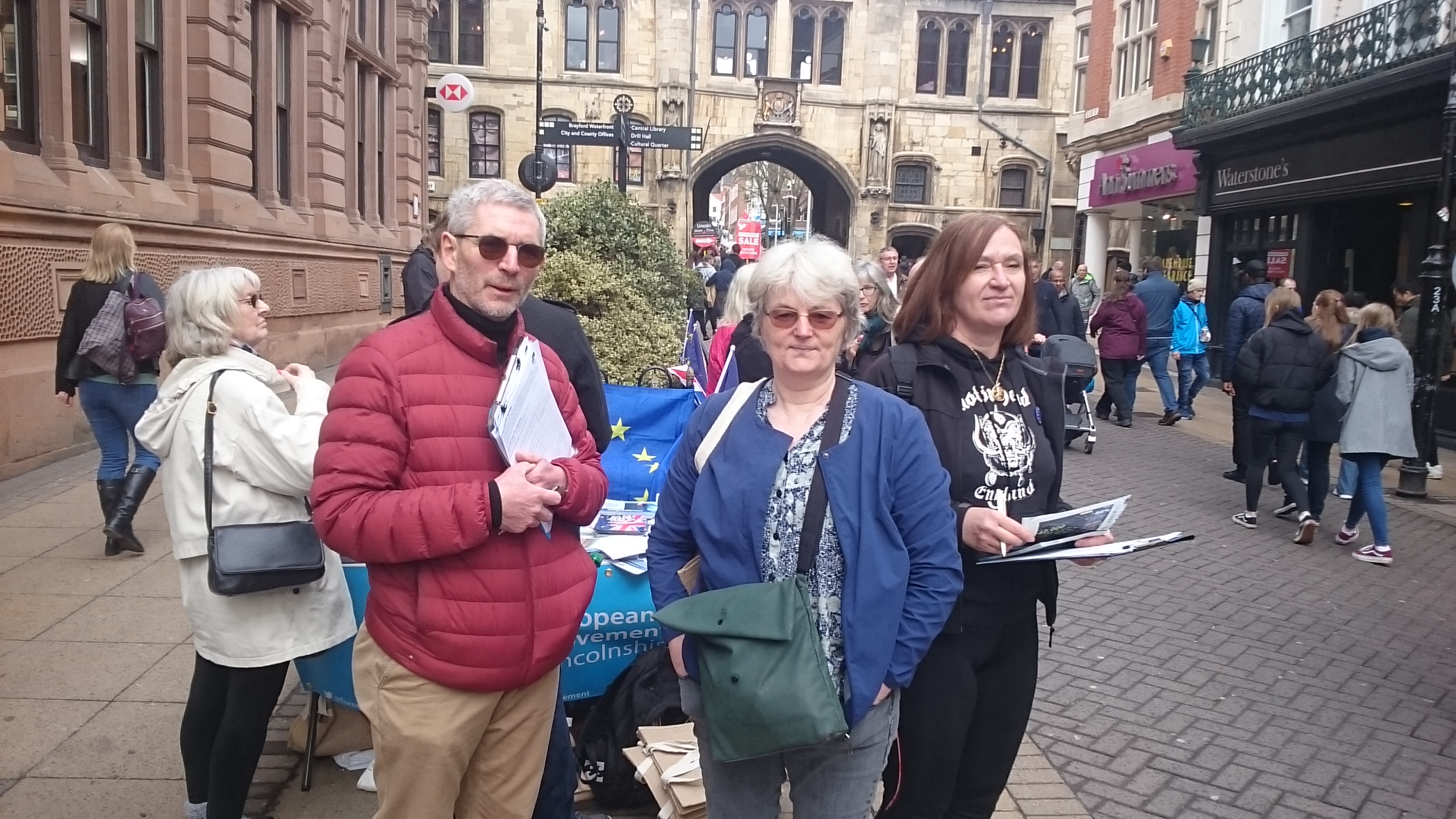 As well as speaking to people we also undertook a survey of both remain and leave voters about their hopes and concerns for the final Brexit deal. John Bland, Chair of the Lincolnshire European Movement branch said:-

"This was the first campaign stall that the branch has held in Lincoln and the support received was very positive. Many people expressed their concerns about the direction of travel and seemed genuinely pleased to see us. We had many interesting conversations throughout the day and it is clear that there are a lot of people of all age groups who are unhappy about Brexit. I would like to thank branch members in the Lincoln area for giving up their time" 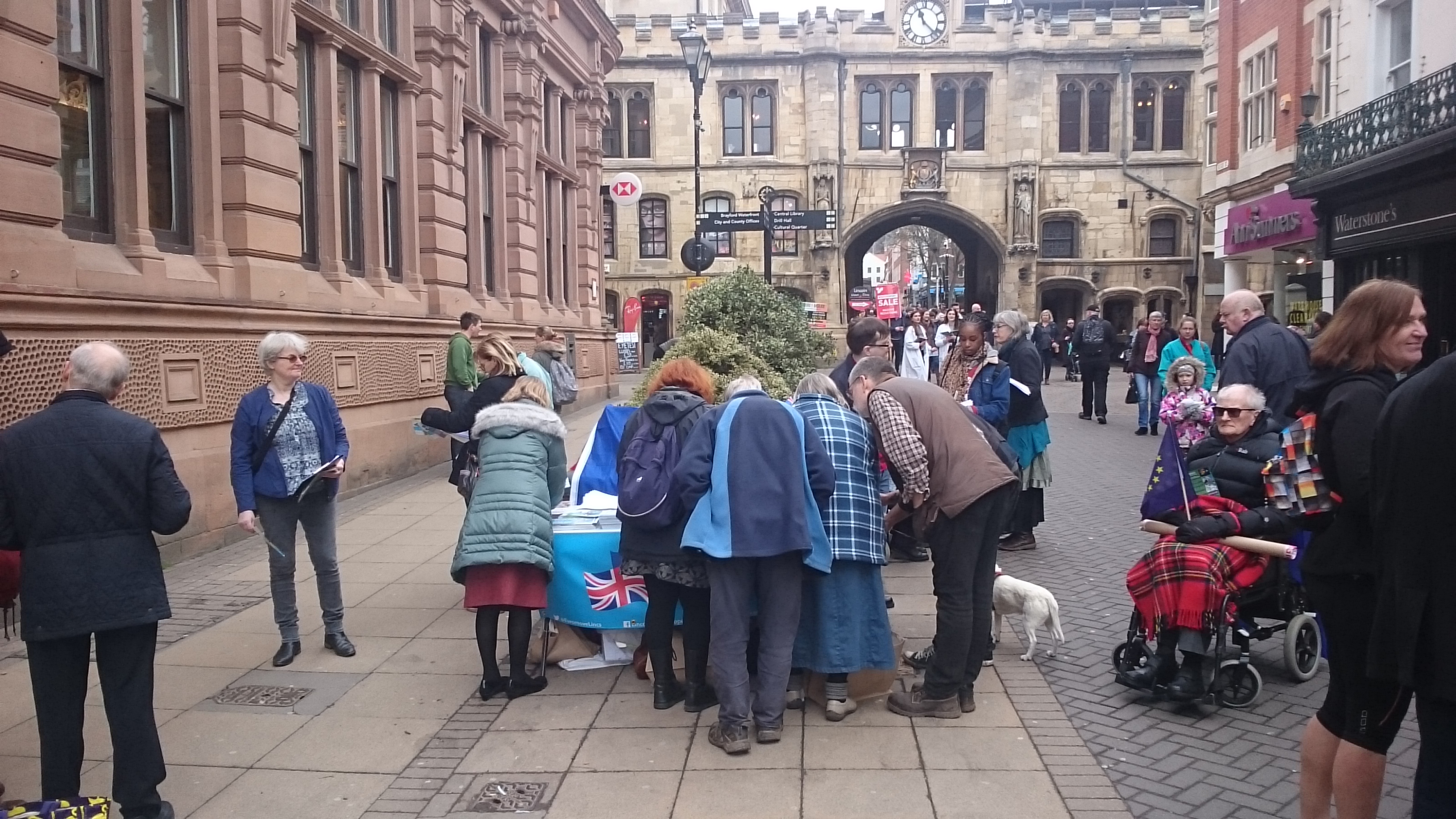 The next event the branch is holding is an evening event on 20th April in Holbeach with Edward Bickham, Vice Chair of the Conservative Group for Europe, in the first of our Brexit Dialogue series of events aimed at "Explaining the facts, Exposing the Myths, Exploring the Options"