John Hayes MP, for South Holland & the Deepings has recently written to one of his constituents as follows:-

"To date, the EU has refused to enter meaningful negotiations as part of the Brexit process. This intransigence is a further illustration, if one were needed, of the distance between the unelected bureaucrats of the EU and the people it is therefore welcome that the government has also stepped-up preparation for no-deal a no deal outcome meaning we would trade under World Trade organisation rules would be the outcome if the EU fails to recognise that the people have spoken and will no longer accept their jurisdiction." 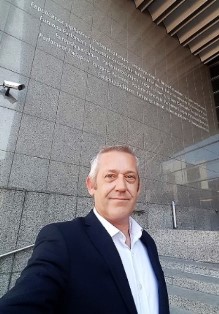 Jason Hunter is an International Trade Negotiator at the highest level, representing such parties as the government of Hong Kong.

He has recently become something of a social media sensation given his experience in his field, due to the various reports of the state of our government’s negotiations with the EU in terms of Brexit.

As a result he has been interviewed on a number of platforms recently, from BBC News to Radio 5 Live.

Jason is also one of the stars of the YouTube Brexit discussion podcast series 3 Blokes in a Pub.

Jason has subsequently been travelling around a lot of Europe meeting with various interested parties, representatives of the EU itself, and indeed members of Irish government, given the particular issues over the border. This will be a great opportunity to hear first-hand from, and indeed question, someone on the front line without the interpretation the media, and a must attend event for anyone interested in the economic future of the country.

Jason will be covering the following issues:

• How did we get to where we are with Brexit?
• What does Brexit actually mean?
• What are the implications for trade, economy, food, Ireland, logistics, trading under WTO rules, etc?
• What can we do about it?

The debate may well then continue in the nearby Swan Inn.

Free tickets can be booked via our Eventbrite booking page here