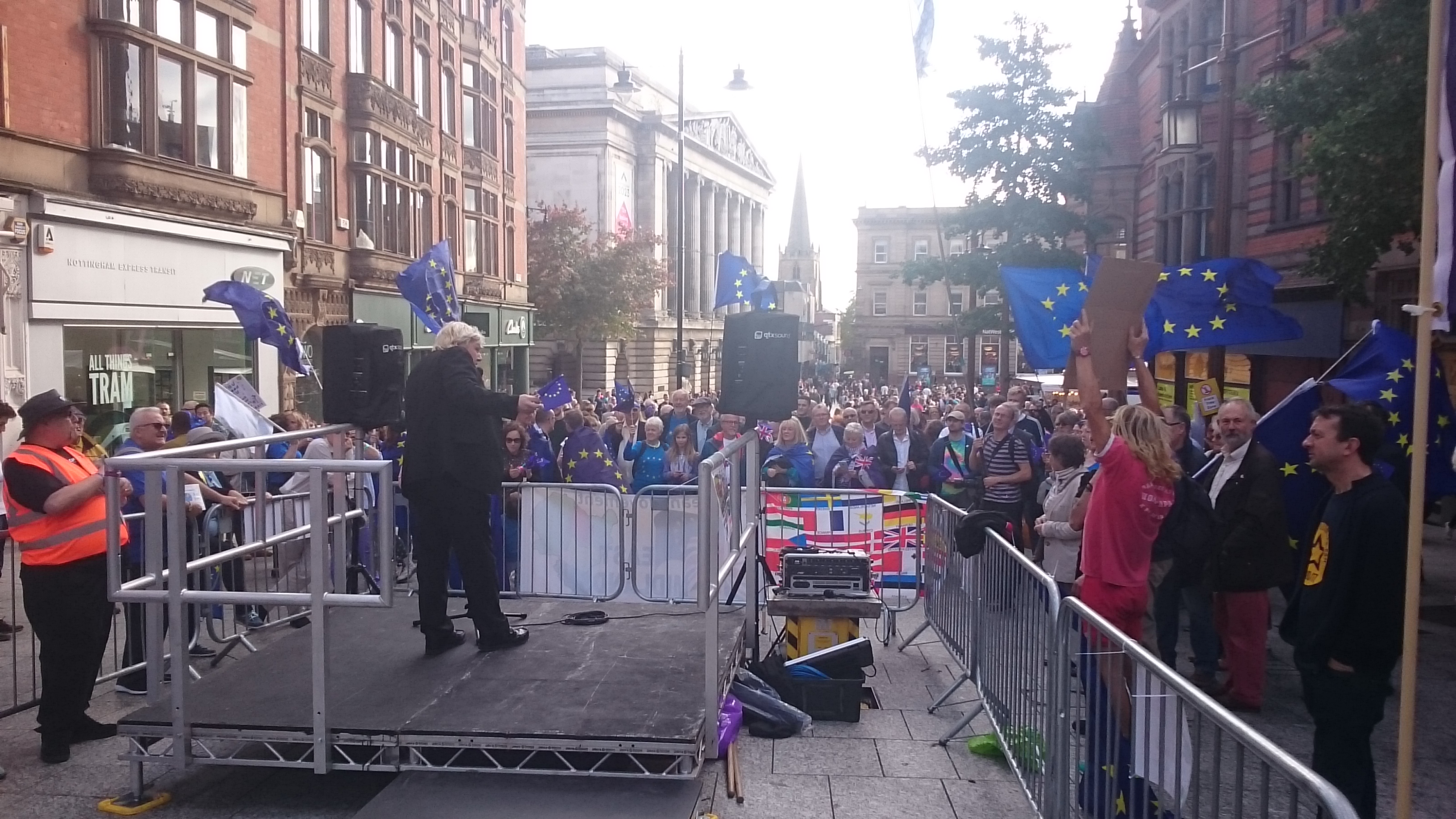 On Saturday more than 200 people gathered by the Brian Clough Memorial Statue in Nottingham to take part in The East Midlands #StopBrexit Regional Rally supported by the Lincolnshire Branch of the European Movement.

The rally was one of many similar events that took place across the country. For details of the other events see the national website www.remainer.co.uk

The Chair of the Nottinghamshire branch of the European Movement Prof. David Childs, welcomed the crowd to the rally consisting of a mixture of speeches & light entertainment. They were enthused by stirring speeches from Hugo Dixon, Joan Pons Laplana, Kat Boettge, Julia Cambridge, Michael Mullaney, Viv Pointon, Gerhard Lohman-Bond, Mathew Hulbert, Cameron Clack and George Smid Chair of the East Midlands Regional Branch. They were entertained by Faux BoJo the Boris Johnson lookalike.

"When I agreed to take the task of organising this rally, I did not know how many people would turn out from the most Eurosceptic region of the Country. Therefore I am absolutely delighted to see so many people turn up.

The aim of the rally was to raise the profile of the European Movement across the East Midlands. If those who came today are enthused enough to go back to their constituencies and start organising or engaging with local campaigning activities then the event will be a total success and will be the legacy that I set out to achieve.

A comprehensive set of photos from the event kindly supplied by supporters follows:- 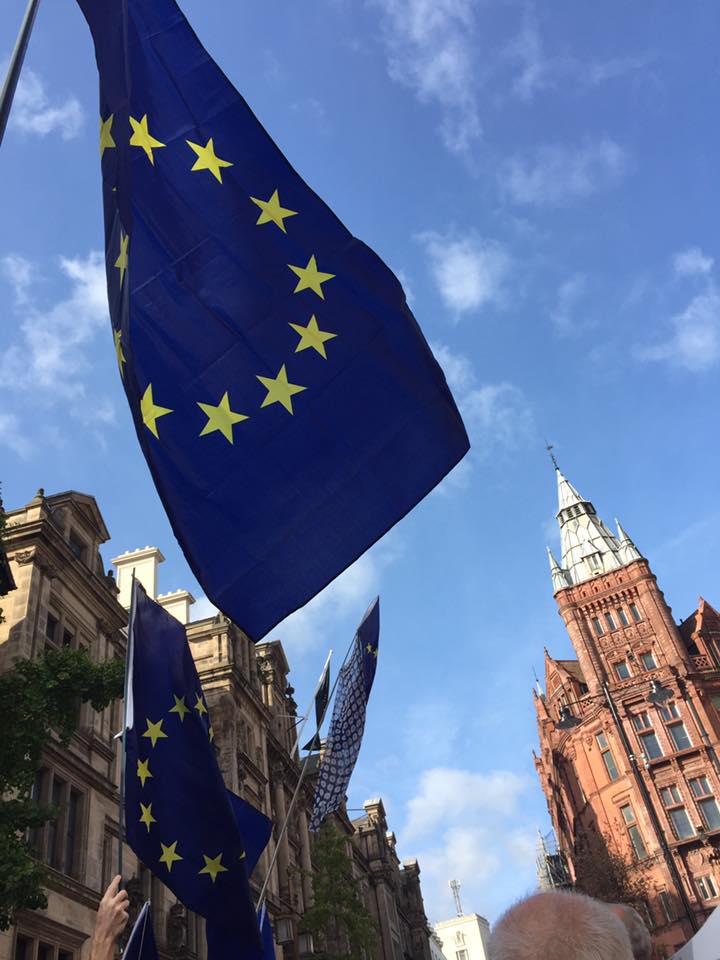 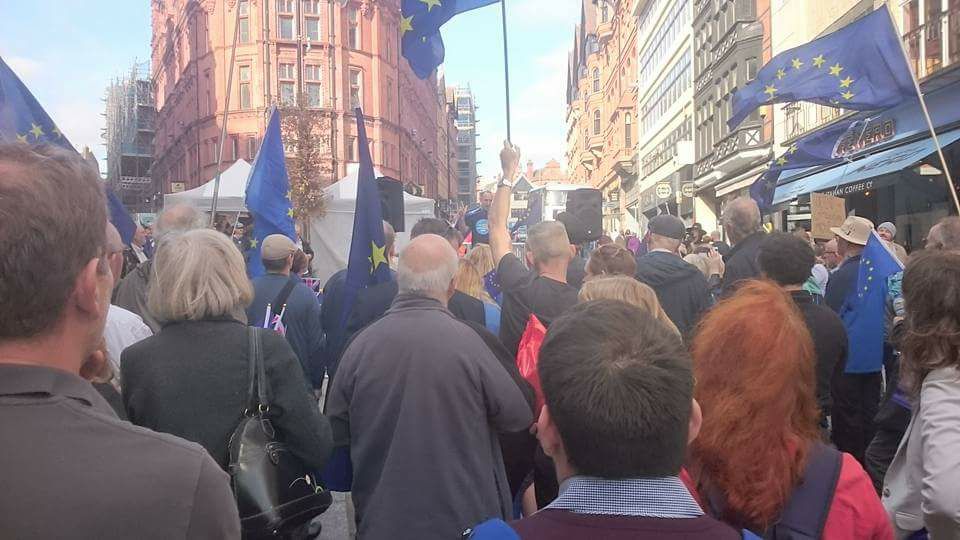 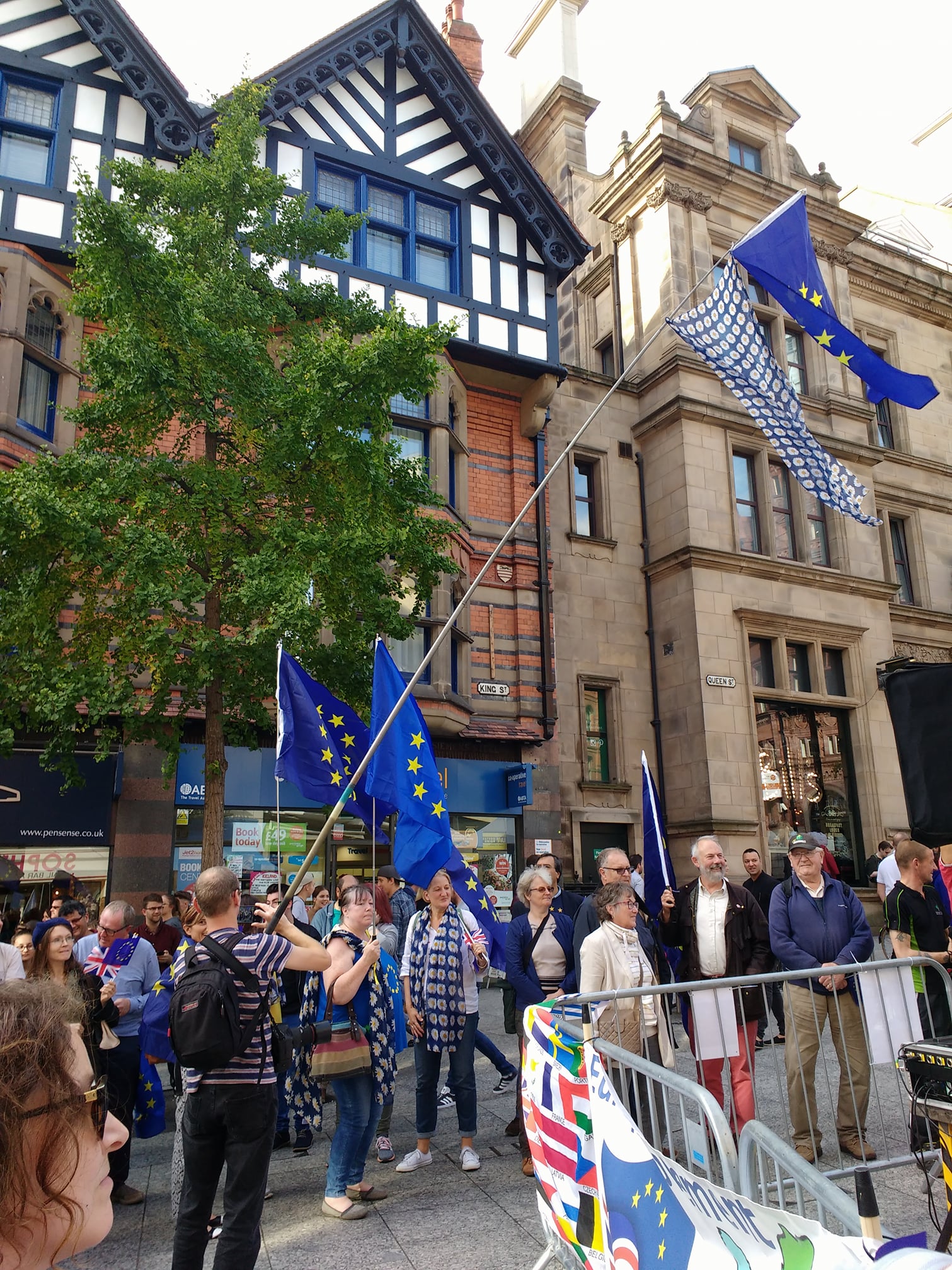 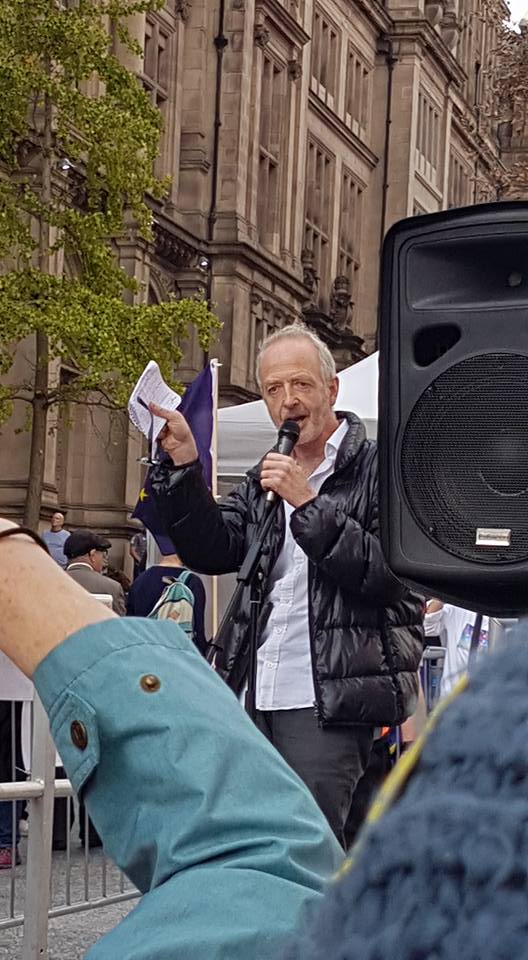 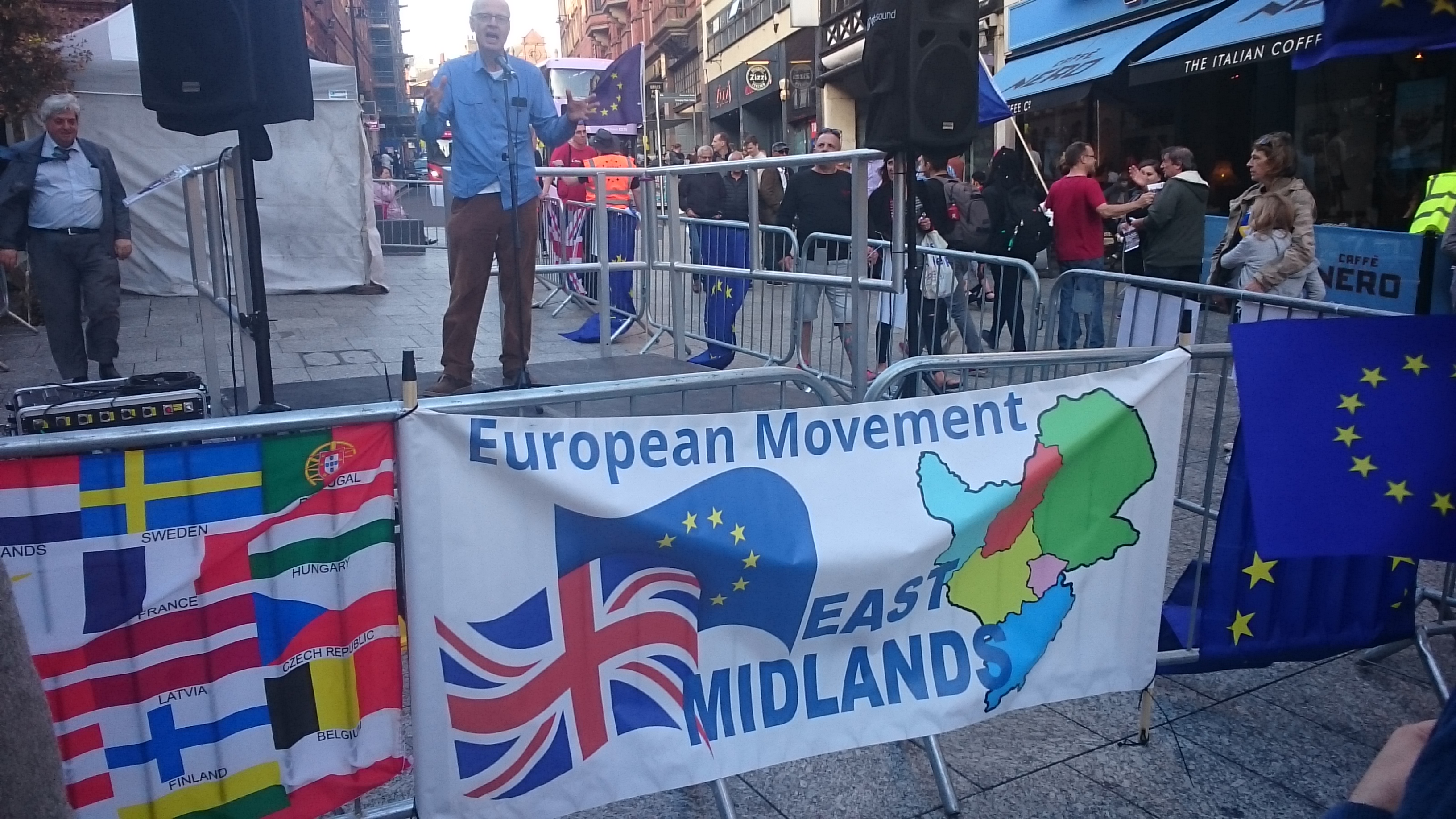 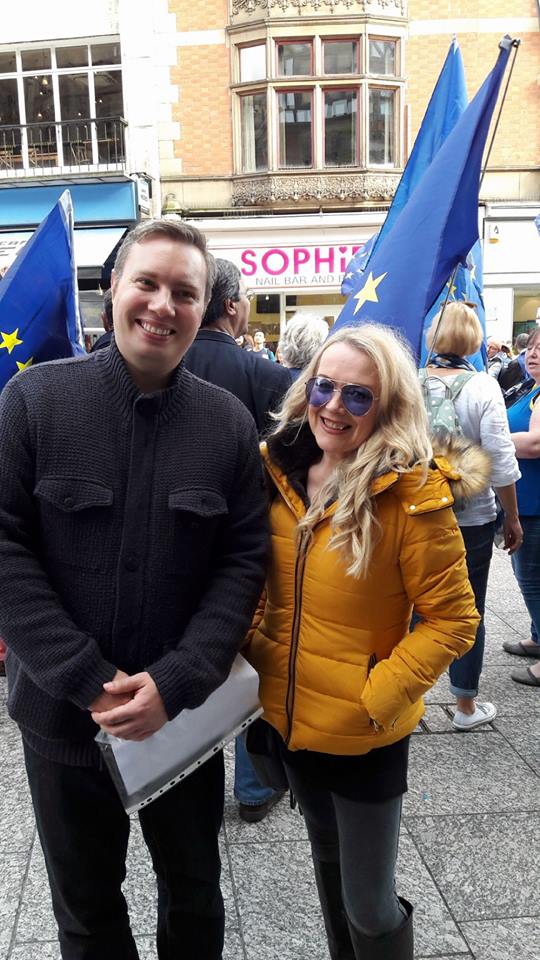 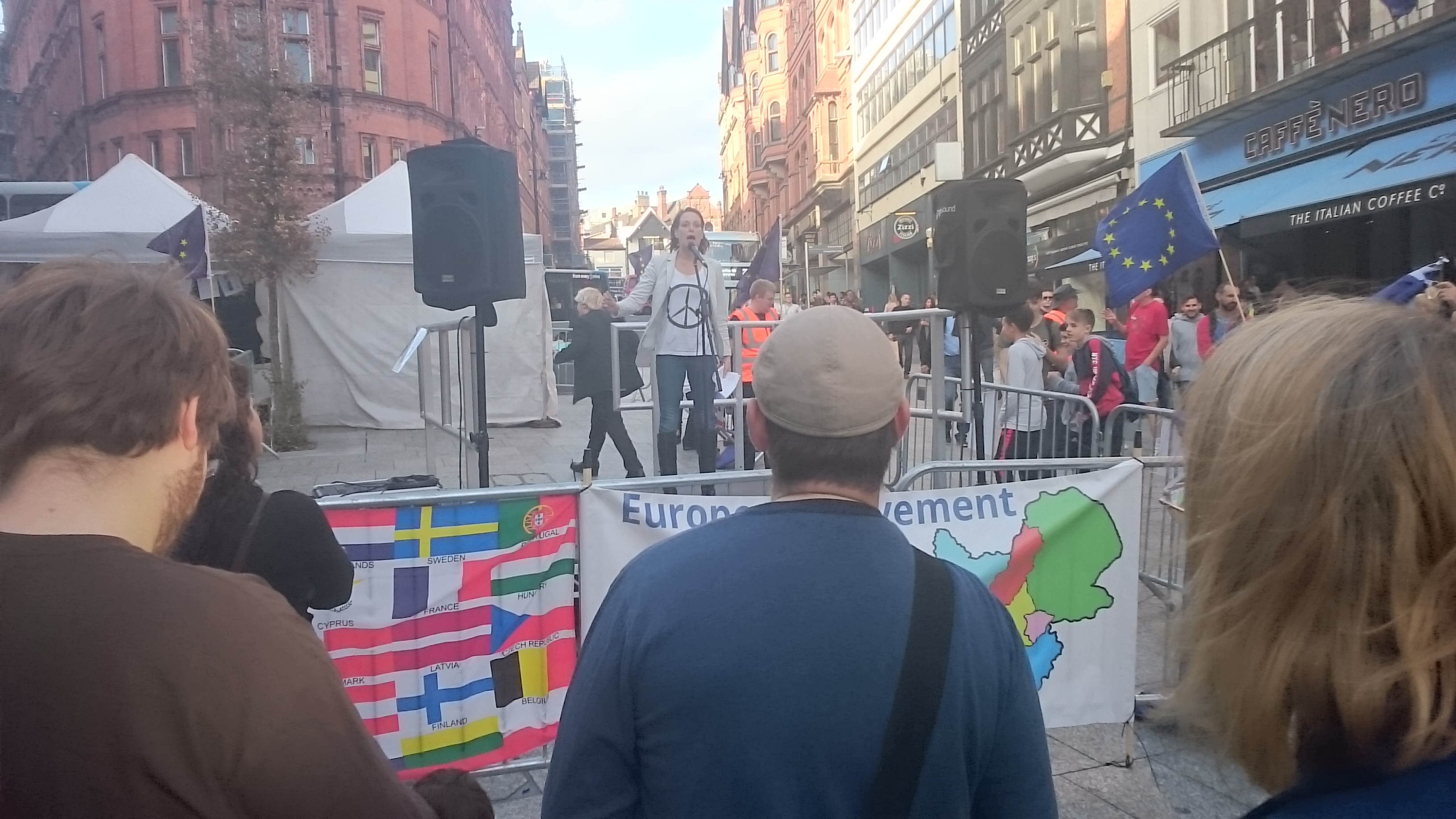 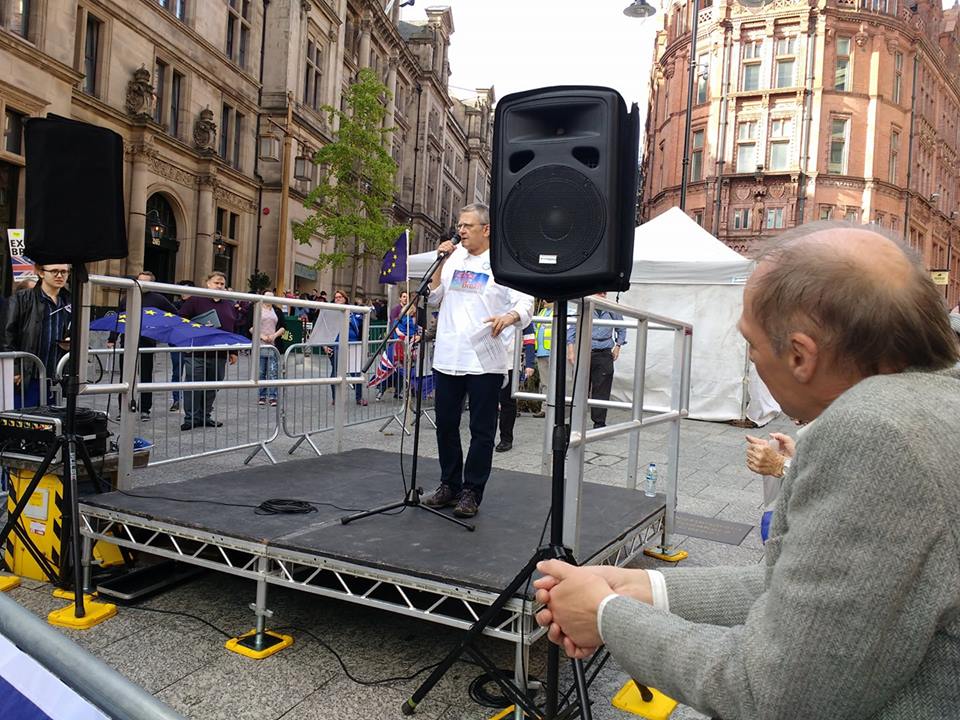 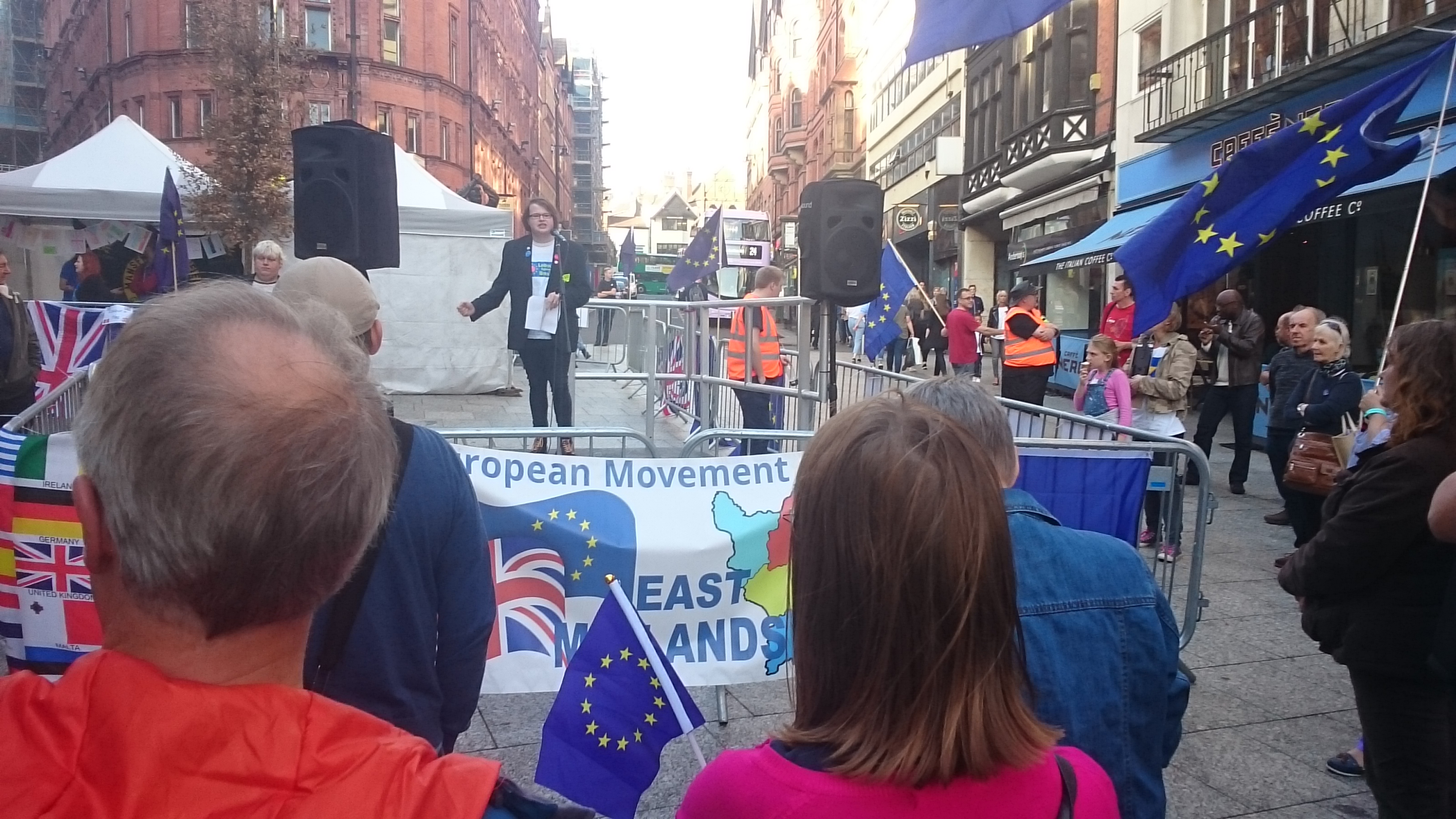 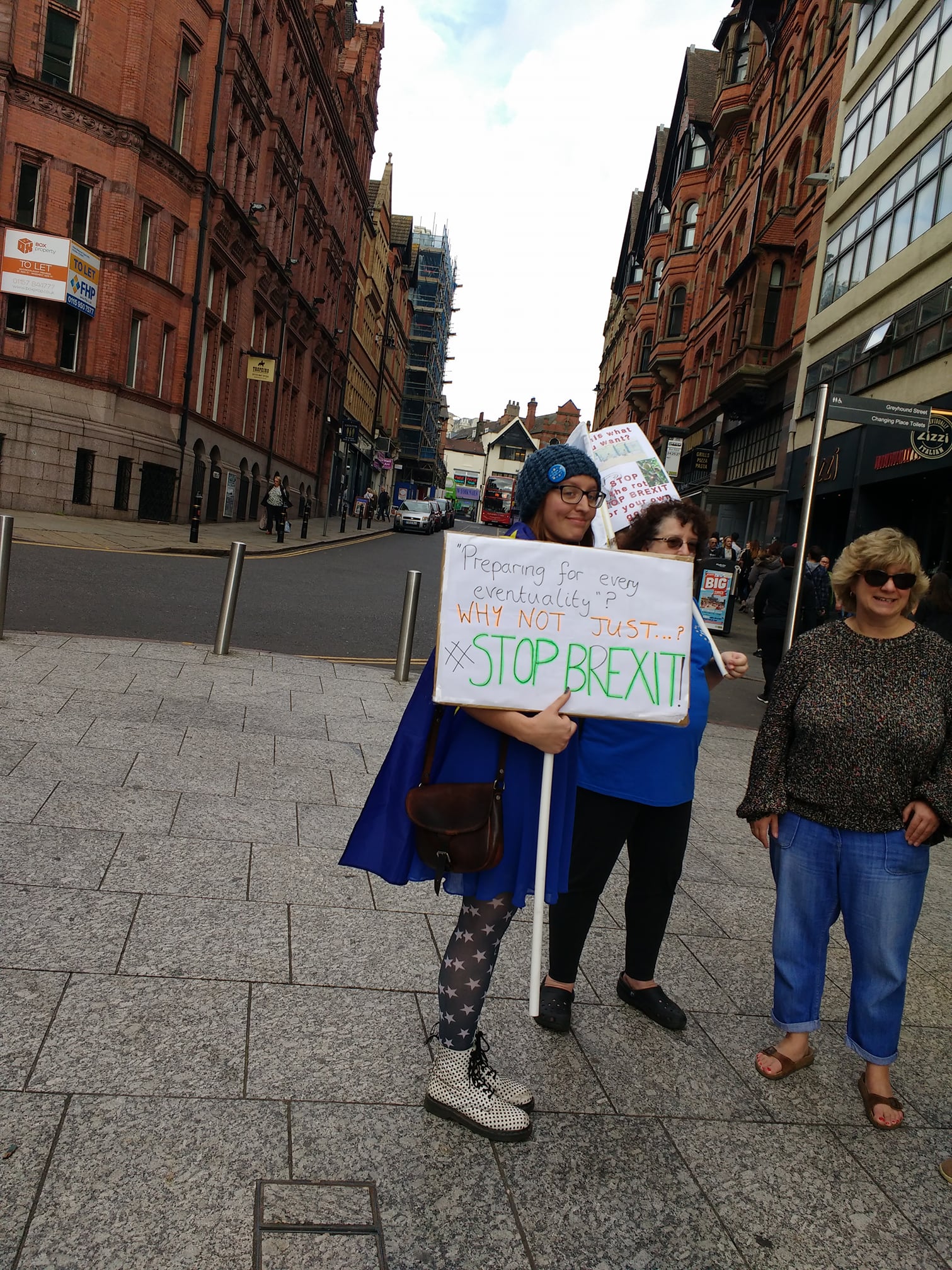 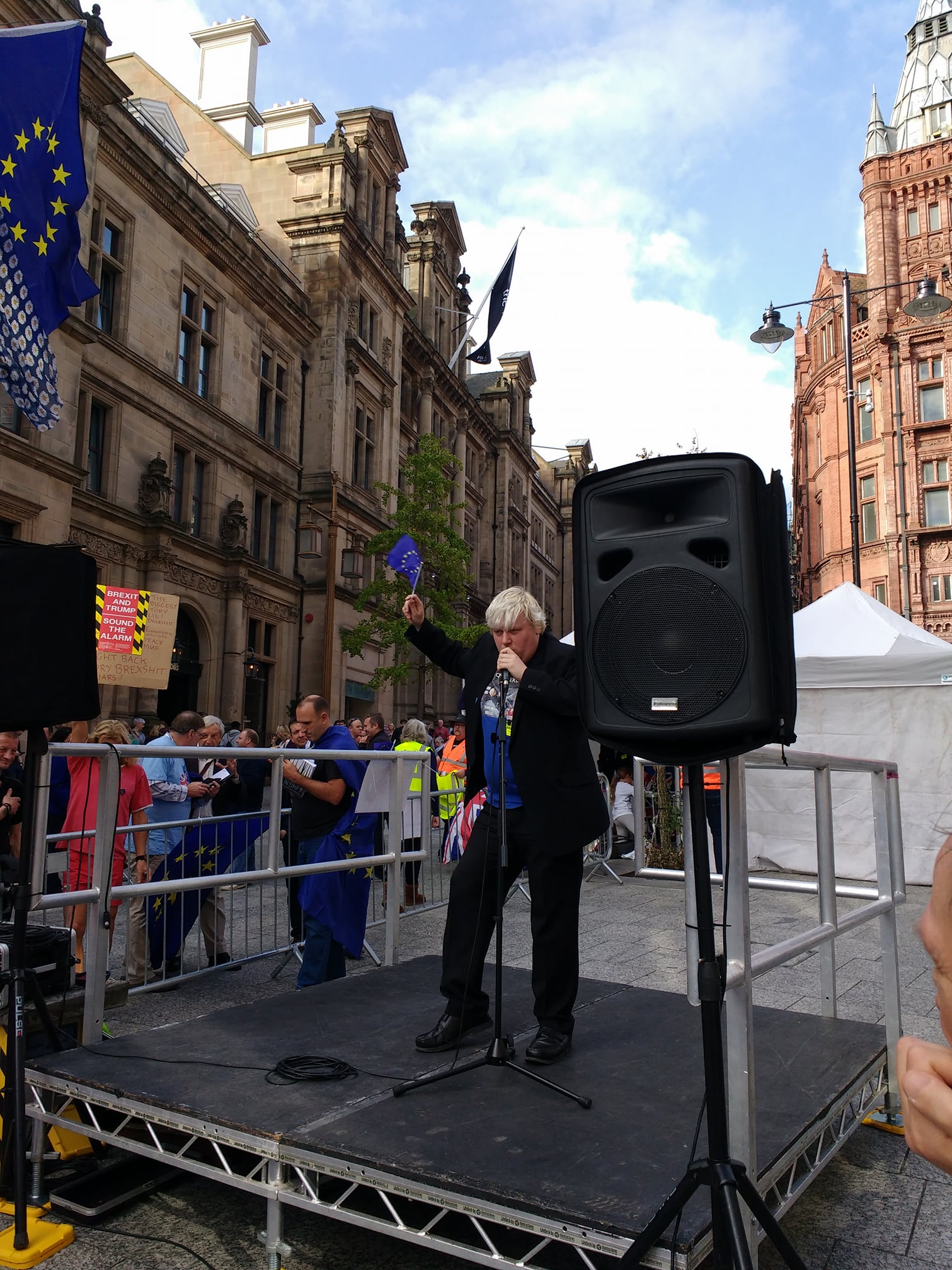 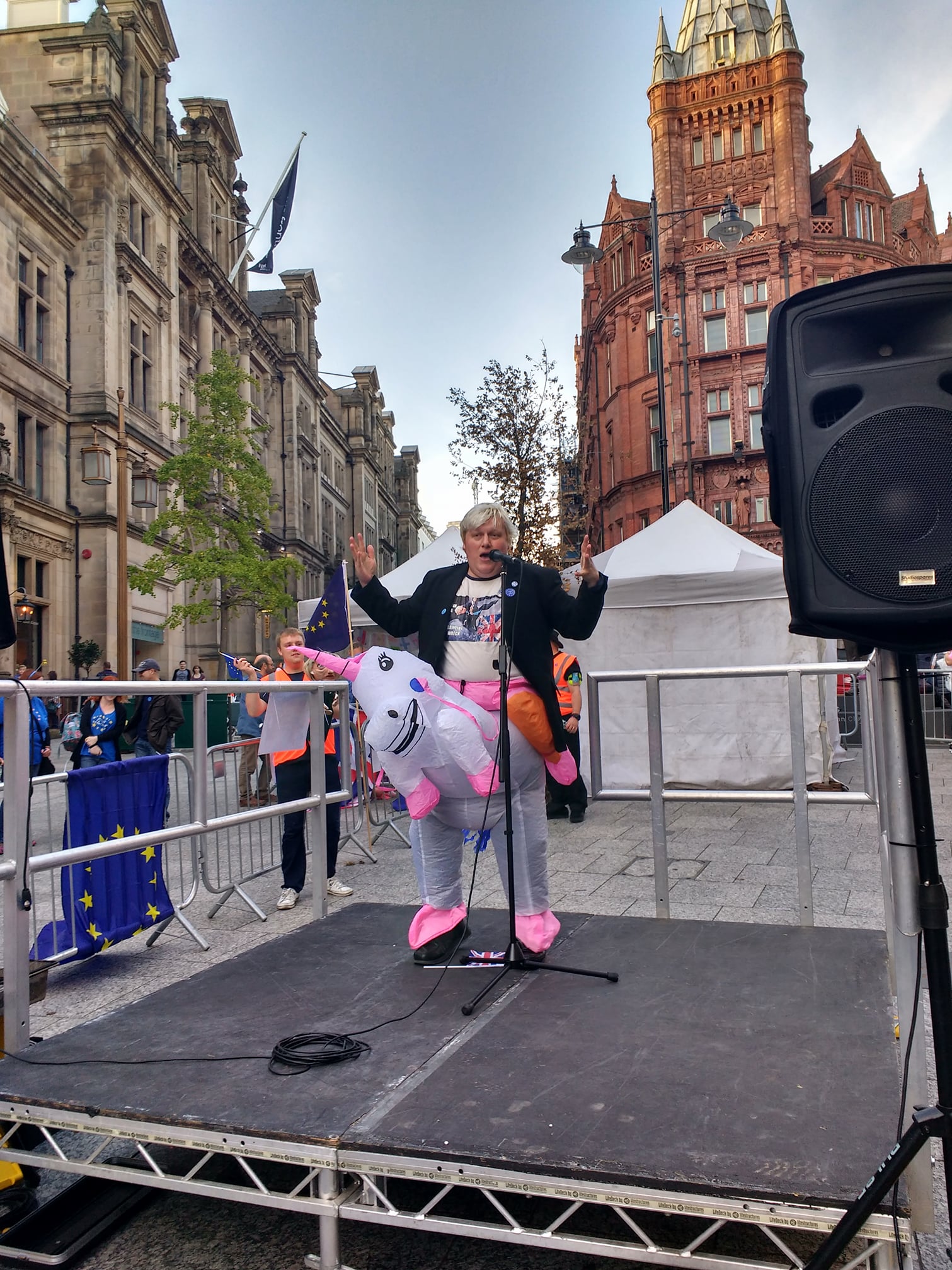 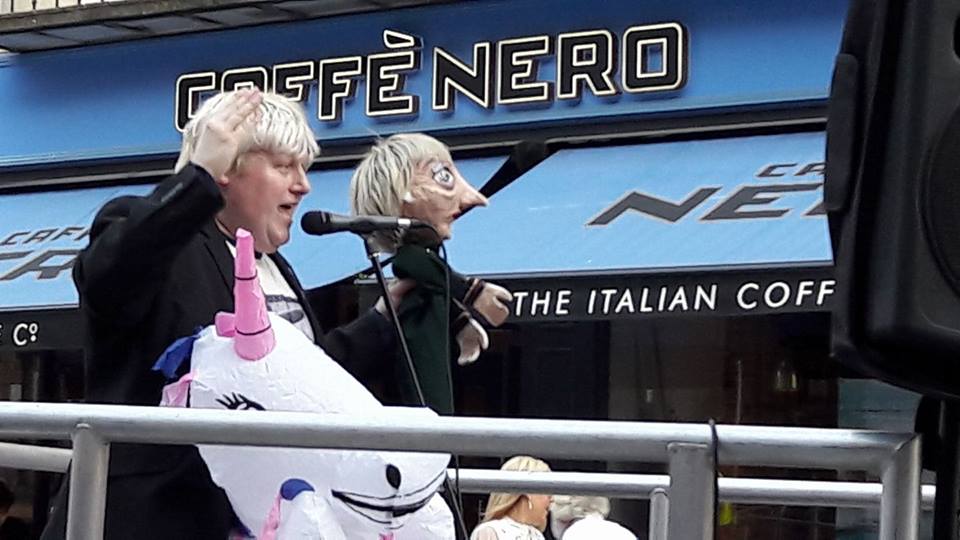