Our campaign for a People's Vote took to the streets of Grantham on Saturday 22 September which saw the launch of our new Brexitometer.

We had a lot of interest throughout the day with many people expressing concern about the Brexit process so far with almost unanimous agreement that the Government has not been doing a good job negotiating Brexit expressed by both Remain & Leave voters.

The findings from our Brexitometer survey reflected the national trend gathered from hundreds of street stalls that have taken place during the summer of action by campaign groups throughout the country.

John Bland, Chair of Lincolnshire European Movement which is supporting the national campaign for a Peoples Vote on the final Brexit deal said:-

The day exceeded our expectations, given that the town voted heavily to leave in the 2016 referendum. Forthright views were expressed with plenty of well informed opinions, but the overwhelming feeling that we took away from the day was that Grantham wants a Peoples vote on the final Brexit deal. 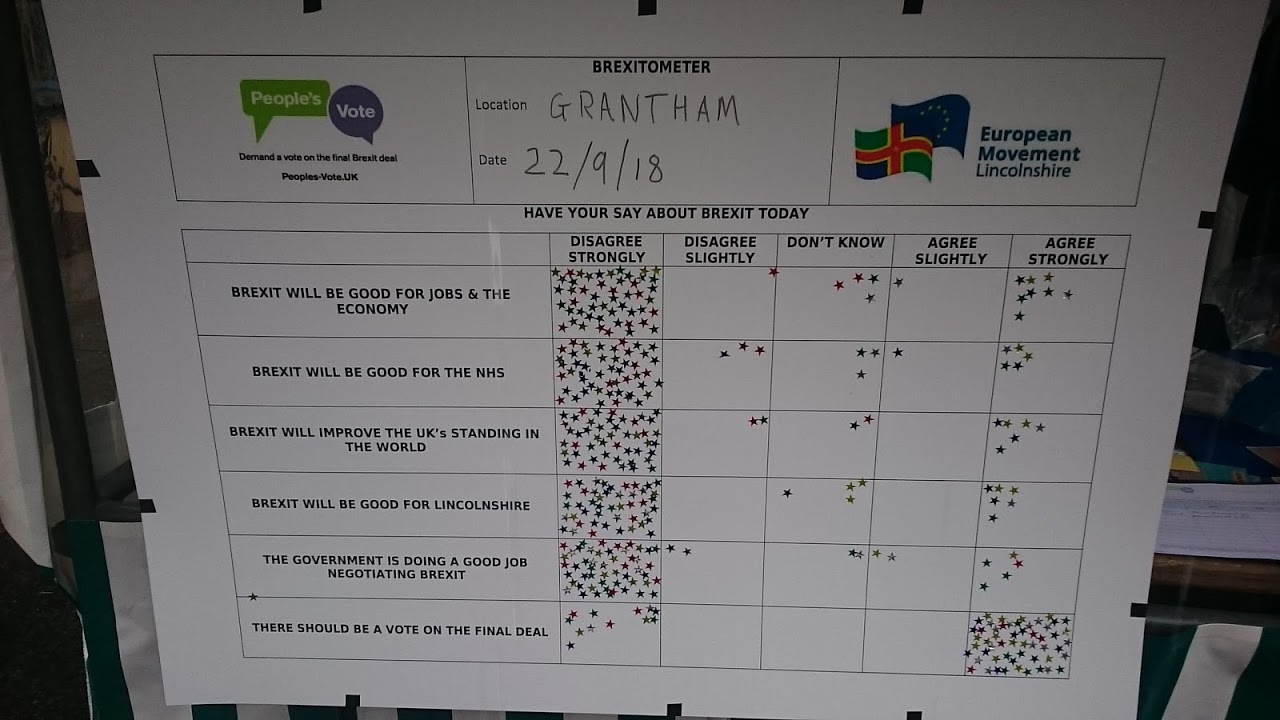