DEBUG: https://assets.nationbuilder.com/euromovelincolnshire/pages/6/features/original/Lincolnshire_banner_blue.jpg?1504710322
DEBUG:
DEBUG: blog_post
George Smid: Instead of leaving, the UK may end up being kicked out of the EU 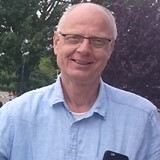 When Robinson Crusoe was shipwrecked on his island in the Pacific he recorded his circumstances in a ledger with the “evil that had befallen him” in contrast to the “good” that was also his lot.

Our post-Brexit future shares common characteristics with Robinson Crusoe. We face adversity, we are in it on our own and the position is self-inflicted.

It’s a pity we do not keep a journal and do not record ‘good’ and ‘evils’ which have befallen us. This column continuously argues for such ‘cost-benefit’ analysis.

And this government steadfastly refuses to publish any of its findings on our post-Brexit future.

Broadly speaking only hard Brexit and soft Brexit are discussed.

Hard Brexit is when Robinson Crusoe found the shipwreck was washed away and he couldn’t rely on the provisions taken from the marooned ship – he was there, on his own, relying on his wit and resourcefulness.

Soft Brexit is somehow assuming the stranded ship will stay there for some time (two years? five years?) and regular journeys between the shore and the ship will be maintained.

Both positions are intellectually weak (as is the whole concept of Brexit itself, where intellectual vigour is just simply absent).

Hard and soft Brexit are the pre-Copernicus concept of the world, where the Earth was the centre of the universe and the stars were permanently fixed to crystal spheres.

Both positions assume that, like Robinson Crusoe, ‘Britannia’ will survive on her own wits and resourcefulness where the outside world, if it is considered at all, is not present or is reduced to passive observers or demoted just to acceptance of our own decision.

We continue in this ‘Brit-centred model’ only at our perils.

Hence, we need to move away from our ‘Brit-centred universe’. We need to develop our own post-Brexit future. If we don’t, our options will be reduced to crashing out or crashing in.

There is, just about, a possibility that our post-Brexit future might be defined shortly: the Conservatives describing ‘hard Brexit’, Labour working out ‘soft Brexit’, and the Liberals specifying how the UK can remain in the EU.

Only then would a vote in Parliament, referendum on the result of the negotiations, or indeed a general election make sense. Because only then the voters would be given meaningful options.

Developing our post-Brexit future we must engage with the Europeans – because, like it or not, the EU countries are reacting to Brexit and they are not in a fixed position where they see an imaginary crystal ball orbiting the UK.

And here is the warning: there is now a very substantial and powerful lobby in the EU which would benefit from complete, unadulterated Brexit: kicking the UK out. Now and forever.

BMW knows that losing the UK market will be more than offset by fewer Jaguars being sold in the EU. (Jaguar knows that too which is why it is building a huge factory in Slovakia).

I can just see French car workers parading down Champs-Élysées with placards: Nissan out! French cars for French workers!

At the end Robinson Crusoe concludes that “All evils are to be considered with the good that is in them, and with what worse attends them”.

So, there is hope. But both Leavers and Remainers must press their respective political allies to formulate clearly Britain’s future after March 2019. Only then will providence smile on us and a rescue ship emerge.