I would like to thank everyone who attended the first community meeting in Grimsby on 5th January 2019, which was organised by Lincolnshire European Movement. 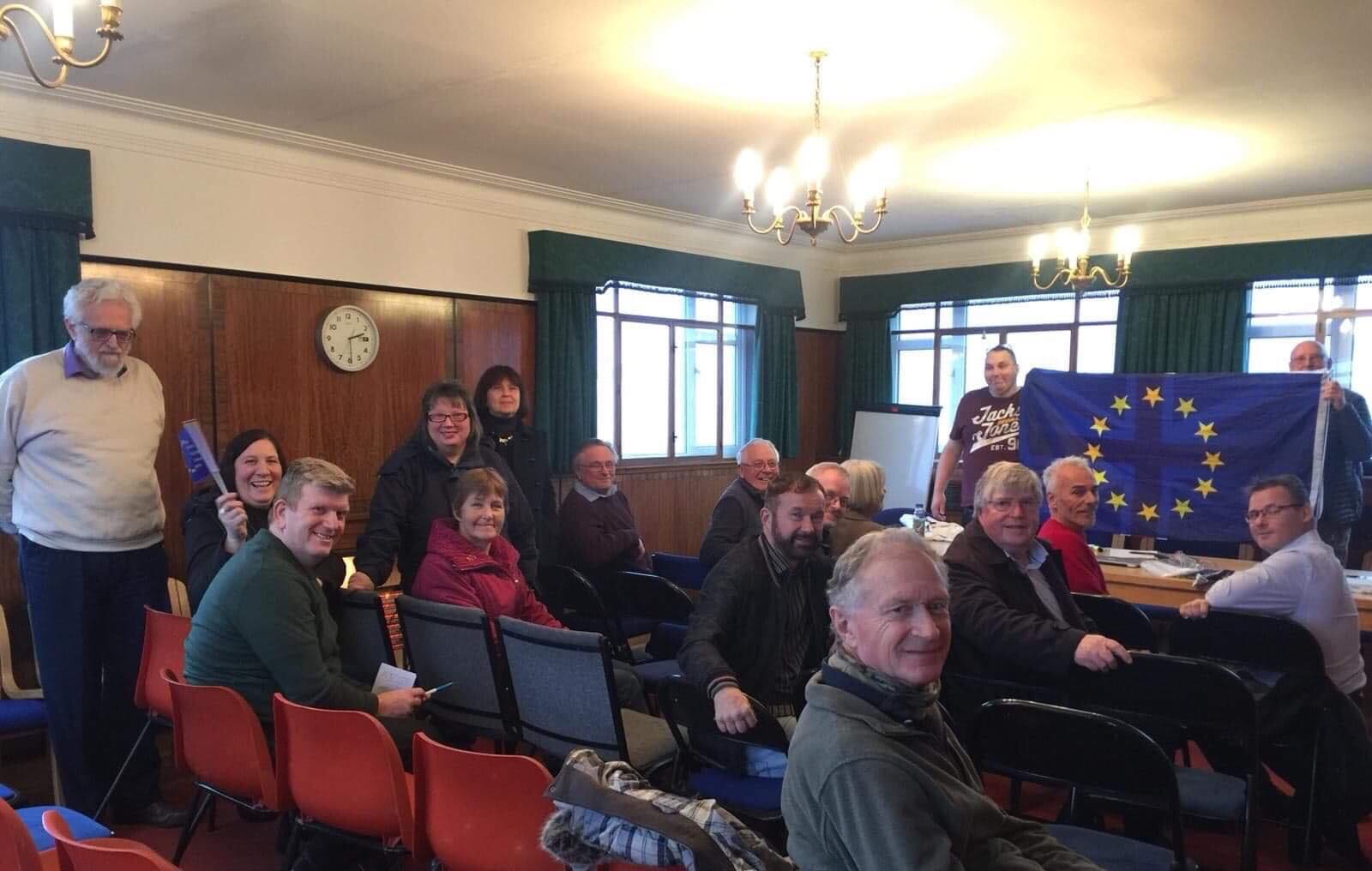 We discussed and made plans for our upcoming action day street stall and brexitometer on Saturday 12th January 2019 between 11am and 3pm in Grimsby Town Centre, near the post office on Victoria Street South.

If you are in Grimsby Town Centre on Saturday 12th we would be delighted if you could visit our stall and say hello to the volunteers to show your support for our campaign.

We also agreed to organise a MP letter writing session and the European Movement Membership Meeting on Saturday 19th January between 1pm and 3pm at Woulds Building, Lady Park Road, Grimsby, DN32 9SH which is located between the Crown Paint Centre and The Laundry. For those who want to write to their local MP, to voice their opinion on Brexit and the need for a peoples vote, Brian Milne the Campaign Coordinator for North East Lincolnshire will be able to print everyone’s letters.

We will also be arranging some door to door leafleting sessions at our second community meeting on the 19th January.

I would like to say a special thanks to Pat Maguire, Chair of Hull & East Yorkshire Branch and Hannah Borrows, Campaigns Manager for Yorkshire at European Movement UK for attending our meeting and speaking to everyone who attended. I would also like to thank the volunteers that have agreed to help with the action day street stall and brexitometer, so the residents of Grimsby can voice their opinions for a peoples vote.