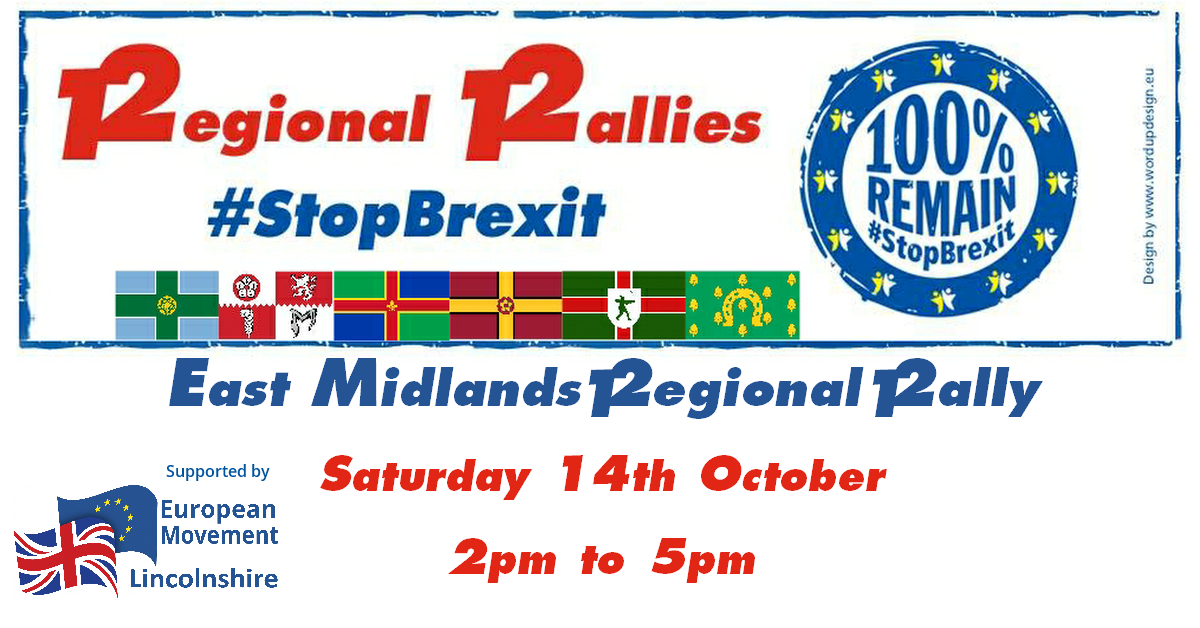 The rally is being supported by the Lincolnshire branch of the European Movement which is one of four in the East Midlands group. The others being:-

The rally will take place under the shadow of the Brian Clough Memorial Statue, King Street, Nottingham and will consist of a mix of speakers and light entertainment. 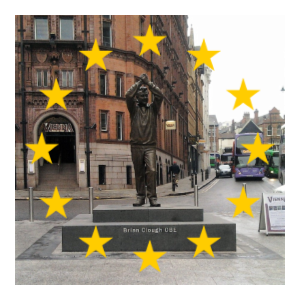 Confirmed speakers so far include:-

Cllr Kat Boettge has been a prominent Green Party representative in Nottingham and the East Midlands for some time and has been known to fight in various campaigns.

Originally from Germany, Kat has lived in Nottingham for 17 years. She is a single parent and works as a psychotherapist.

She has held many posts in the Green Party and has been a town councillor in Kimberley. In 2016 she was selected to be the Green Party’s lead East Midlands candidate for the 2019 European Elections (should they take place), and was a very outspoken campaigner to remain in the EU, during the referendum.

Earlier this year she took part in a one off "Wife Swap:Brexit Special" on Channel 4.

A no-nonsense, proactive campaigner Julia Cambridge has stood for parliament in the last two general elections. As a Liberal Democrat she found her Liberal roots aged eleven delivering leaflets for her council candidate mother. During her career in textiles and fashion she saw the benefit of free trade partnerships between the U.K. and the rest of Europe. When agreeing to take part she said "Leaving the EU will cost us jobs, damage the economy, threaten our safety and security and much more. We will, as a country, be poorer, not just in our standard of living but in our diversity. Brexit is looking like a disaster and I will continue to fight it". 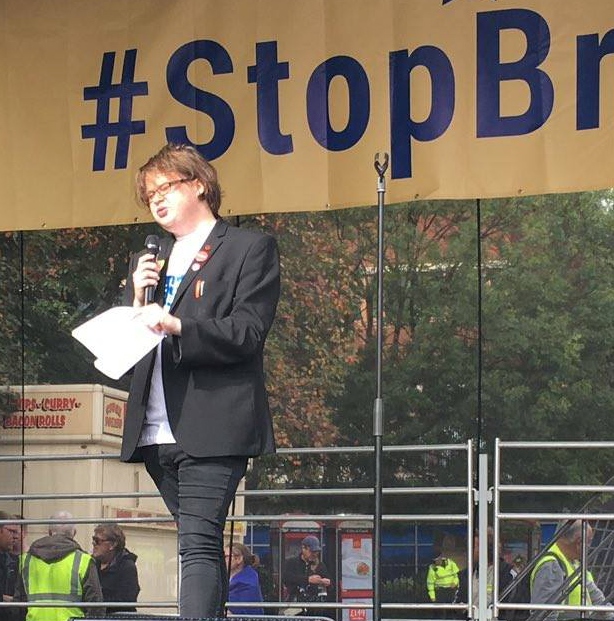 Cameron studied Computing and is currently studying towards a masters degree in politics at an East Midlands University. He is a member of the Labour Party and a founder member of the Lincolnshire branch of the European Movement. His EU based campaigning started with the referendum of 2016, where he campaigned with Stronger In, in is hometown of Stamford Lincolnshire. 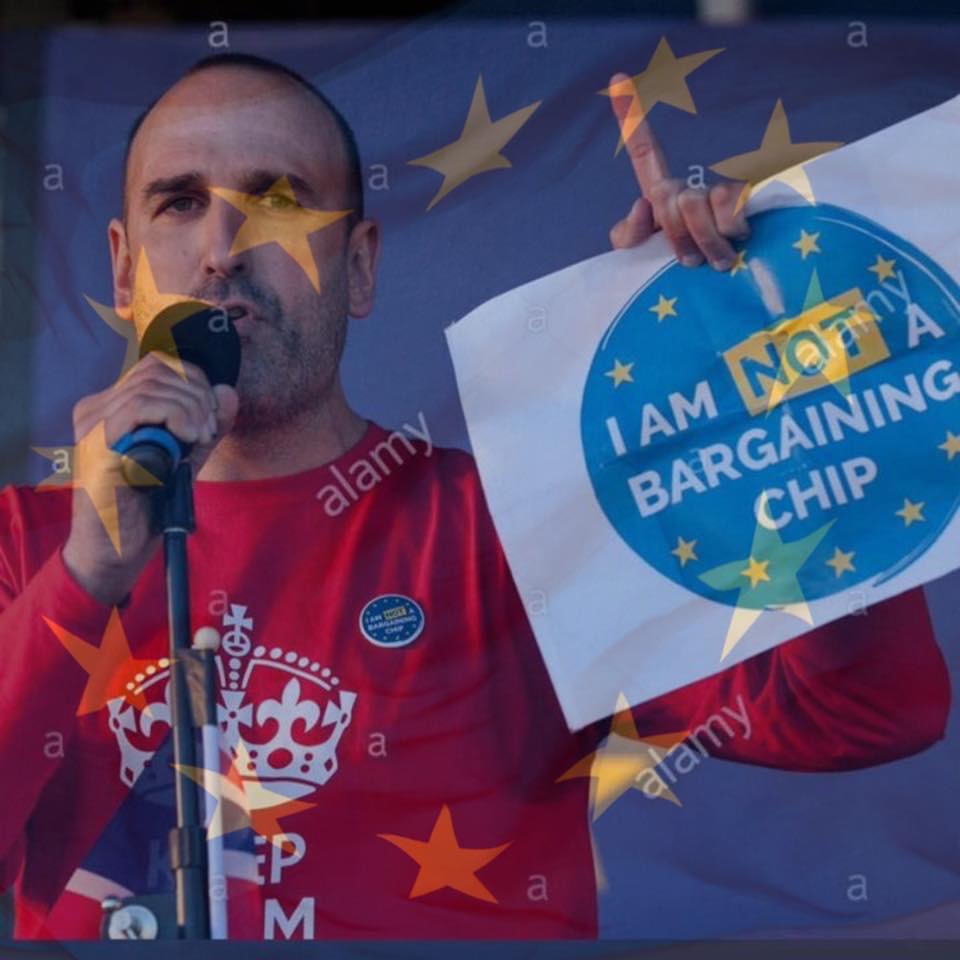 Transformation nurse at James Paget University Hospitals NHS Foundation Trust in Great Yarmouth. A Spanish National, Joan came to UK 17 years ago to pursue his dream of becoming a nurse and has worked for the NHS ever since - He has written regularly for the Huffington Post and tweets as @RoaringNurse 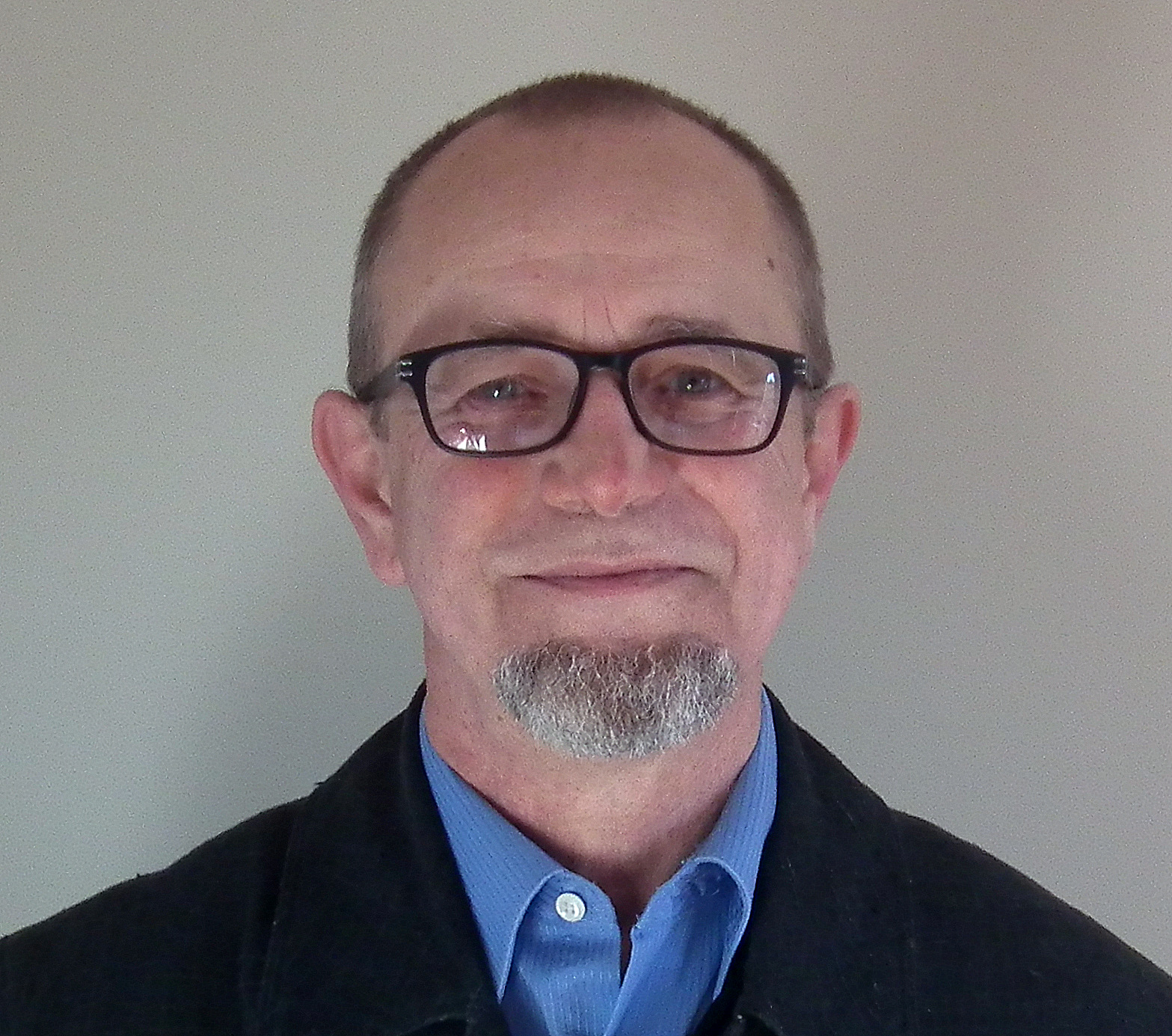 Chair/Coordinator East Midlands Green Party. Gerhard came to the UK in 1977 originally only intending to stay a few weeks, but ended up making this country his home. After reading environmental studies, geography, and urban planning studies in London he worked as a translator and interpreter mainly in the City of London. When the first of his two sons were born Gerhard and his wife decided that he should stay at home to look after him and pick up his translating career again once his son was at secondary school.However Gerhard returned to his environmental studies, which eventually led him to join the Green Party, for which he has been active since. He campaigned with Another Europe Is Possible during the referendum campaign and since then for the British people's democratic right to change their minds on its result. 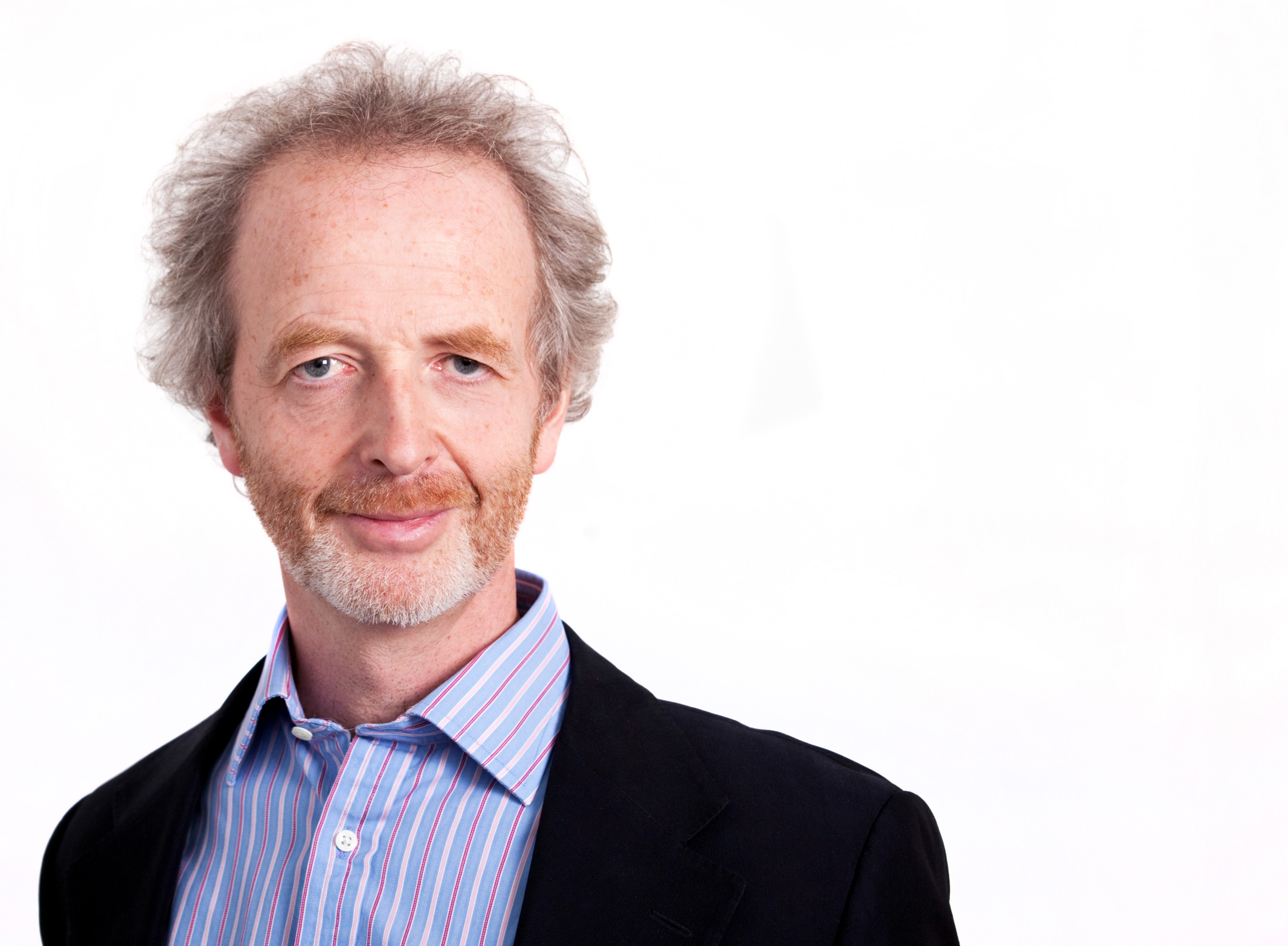 Hugo Dixon is a journalist, entrepreneur and campaigner. He is Chairman of InFacts and also co-founder of CommonGround. He founded Breakingviews in 1999, which he chaired until it was sold to Thomson Reuters in 2009. He writes columns for Reuters, Breakingviews, The Guardian and other publications. He is also author of The In/Out Question: Why Britain should stay in the EU and fight to make it better. 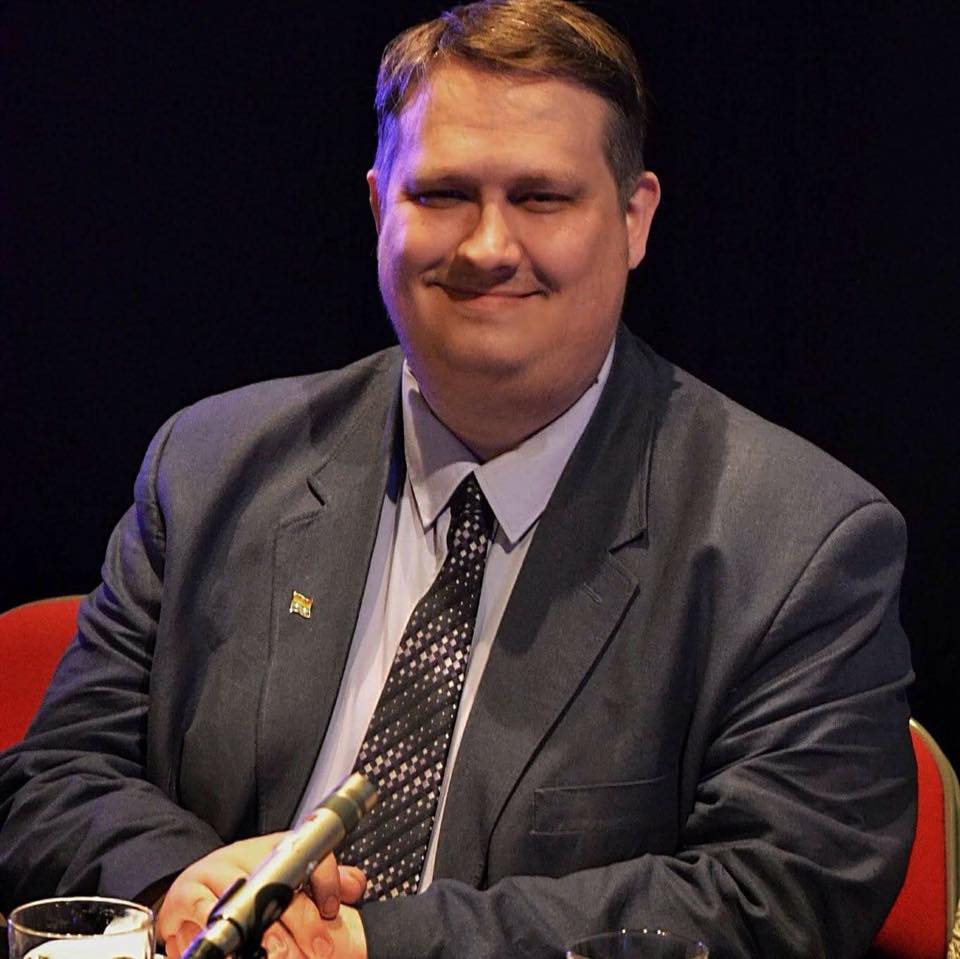 Mathew Hulbert is an active member of and campaigner for the Liberal Democrats. He was a Borough Councillor in Hinckley and Bosworth in Leicestershire from 2011 to 2015. He is also a prominent campaigner for further LGBT+ rights and equality. Mr Hulbert graduated with a BA (Hons) in Broadcast Journalism from Nottingham Trent University in 2002 and worked as a journalist with a group of commercial radio stations in the Midlands from 2004 to 2009.He is an occasional contributor to the pro-EU national newspaper The New European. He tweets via @HulbertMathew

Michael stood as Lib Dem parliamentary candidate for Bosworth in the 2010, 2015 and 2017 elections. Each time Michael secured the largest Lib Dem vote in the East Midlands. At the 2017 election he got the highest vote of any Lib Dem candidate in the 105 seats in the entire Midlands.

Michael is an active campaigner in Hinckley and is currently campaigning to save the local Hospital which is currently under threat. 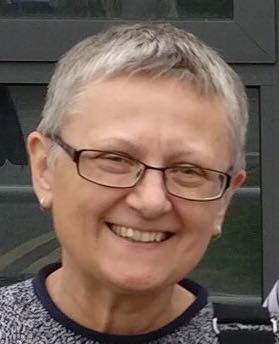 Viv who campaigned in Stamford during the referendum is a member of the Labour Against Brexit team.

Tony Simpson graduated from Nottingham University in 1975 with a degree in Russian. He used his Russian for his Masters degree at Oxford, where he studied Russian and East European History at St Antony’s College. In 1980, Ken Coates invited him to join the Bertrand Russell Peace Foundation to work on the European Nuclear Disarmament campaign, which helped give rise to the Intermediate Nuclear Forces agreement of 1987 and the dismantling of the Berlin Wall in 1989. Tony assisted Ken Coates for ten years to 1999 while Ken was the local Member of the European Parliament. Tony edits The Spokesman, which is the journal of the Russell Foundation, and has lectured about Russell in China and Canada. He is the representative of a European Citizens’ Initiative entitled ‘Retaining European Citizenship’, which was welcomed by Michel Barnier in March 2017. The Initiative continues to gather endorsements from European citizens in the EU 28. Retaining European Citizenship European Citizens initiative.

Interspersed by moments of BoJo Curious

We are pleased to announce that our Crowdfunder is now live - please do support us. Every penny will be used to fund the rally costs and any surplus will be shared equally between the four European Movement branches in the East Midlands. There are some rewards on offer for lucky donors. 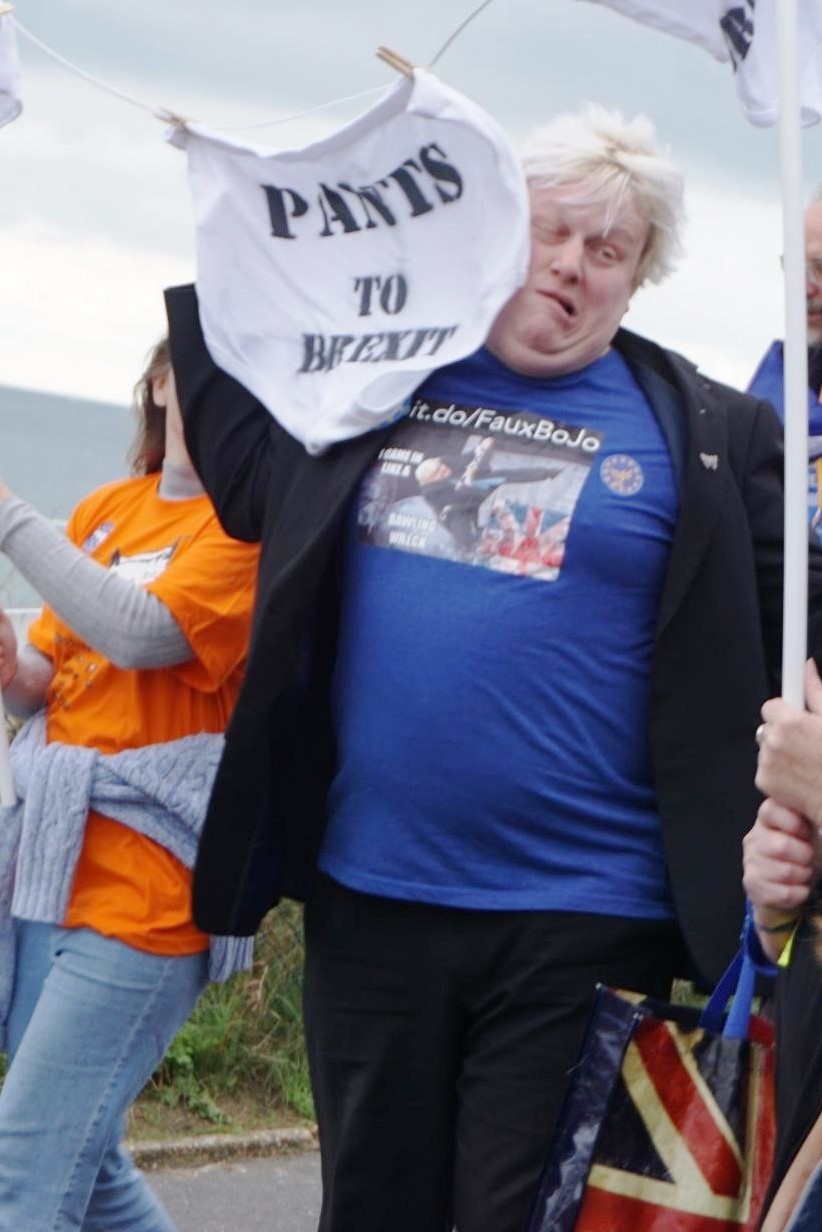 As part of the crowdfunder campaign we are please to announce that we are offering a reward of a photo personally signed by "Faux Bo-Jo" on the day of the rally. These limited edition personally signed photo's will include a message from the organisers of the rally on the back and will therefore be a souvenir of the day itself for you to keep. We have had 100 of these printed and that will be it. When they are gone, they are gone. The first 100 people to donate £5 will receive one. 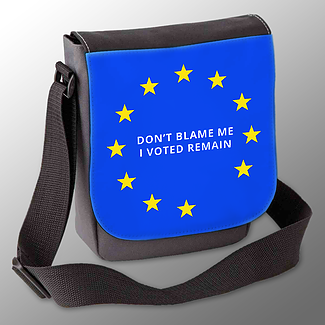 A donation of £10 will earn a randomly chosen donor a "Don't blame me I voted Remain" shoulder bag worth £10.

A donation of £20 will earn a randomly chosen donor to receive a copy of the book "Brexit - What the Hell Happens Now?" personally signed by the author Ian Dunt.

A donation of £40 will earn a randomly chosen donor a copy of the book "Understanding EU Decision Making" (Published by Springer in 2016 - UK selling price £44.99). by Edward Best, this book presents in a concise and accessible way why the EU institutional system exists in its present form, how the EU fits into the world as a system of governance, and who is involved in EU policy processes.