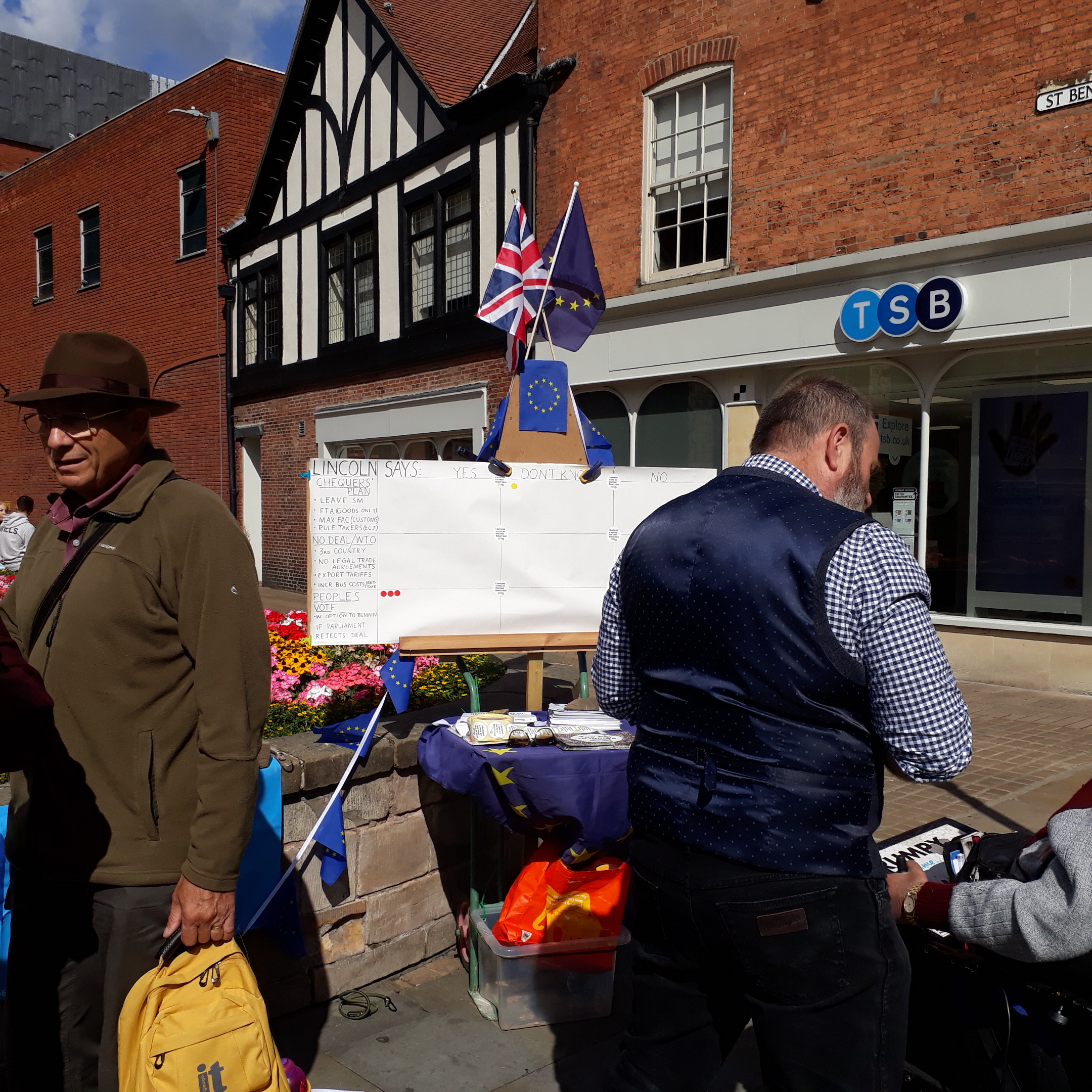 Activists and supporters from the Lincolnshire European Movement took to the streets in Lincoln on Saturday as part of a National Day of Action in support of the People’s Vote campaign in order to demand their right to a People’s Vote on the final Brexit deal.

Almost 50 events took place nationally, with thousands of activists and supporters taking part. Over 80,000 leaflets were handed out on street stalls in towns and cities the length and breadth of the country, in areas that voted both Remain and Leave.

The People’s Vote National Day of Action formed part of the People’s Vote Summer of Action, which has already seen hugely successful rallies take place in Bristol, Edinburgh and Newcastle. The next rally is in Cambridge, which will take place this Sunday, followed by a further rally in Cardiff leading up to the People’s Vote March for the Future in London on 20 October.

“It’s now clearer than ever that Brexit is becoming a disaster for Lincolnshire. That’s why this weekend we campaigned in Lincoln to listen to concerns of people and to make clear the only way out of this mess is to return power and responsibility to us - the people  - through a People’s Vote.

The momentum is shifting in Lincoln for a People’s Vote on Brexit. We found of those that did engage with us that there were plenty of opinions, firmly expressed on both sides.  But we certainly found there were far more people concerned enough to want a People's Vote on the final Brexit deal than said they'd accept a No Deal. Interestingly we could find only one from either side of the argument who expressed support for the Government’s so called Chequers' plan."

Our next campaigning event in Lincoln will be a campaign stall at the Lincoln Pride event on 29 September.