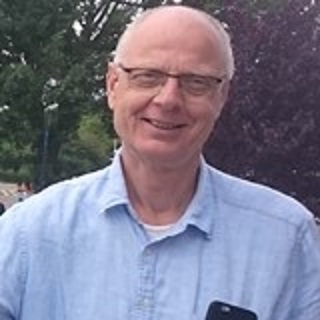 Remoaners are not happy with the way the referendum went.

Remainers accept the referendum result but after analysing the options, can find nothing better yet than the current EU membership.

Brexiteers and Remainers share the same problem: not knowing what Brexit means.

The position of Brexiteers is indefensible though – it was up to them to define what Brexit means.

Instead of a definition, Brexiteers provided endless u-turns. Hardly a week went by in 2017 when there was not a political u-turn.

From massive ones, like Theresa May going for a snap general election despite earlier promising not to, via major ones like NI Contribution, to relatively unnoticed ones like abortion in Northern Ireland.

Most 2017 u-turns (not all) were about Brexit: what ministers said and what they did was the exact opposite.

And, just before Christmas came the internationally acclaimed, rally-car burning tyres u-turn in Brussels. Only to return back to Brussels a few days later.

And this is the problem with u-turns, performed one after another. While politically convenient, they cannot replace a policy. Are the Tories now a party of price caps or tax cuts? Are they borrow and spend Conservatives or ministers of judicious fiscal discipline? With all the u-turns we do not know.

It is the hard reality which forced 2017 u-turns on virtually every single issue: the role for European Court of Justice, the sequencing, the time of leaving the EU and the position of EU citizens.

We were going to keep European Agencies, only to lose them. We leave in March 2019, only to stay. We will, we will not, have the same regulations. We know, we know not, the Brexit impact. We will have frictionless trade with borders. Or no borders with diverging markets.

Like Schrödinger’s cat, Brexit is simultaneously dead and alive.

Only emotions now provide the wind-up spring to move Brexit along. When the emotions hit the hard wall of evidence the direction changes but the emotions refuse to change.

The emotions can stay intact because nobody knows what Brexit means. So, every new u-turn is a ‘new’ Brexit.

By contrast, the position of Remainers is clear. Our base case against which we evaluate any Brexit proposal is the current membership of the EU.

We call for cost-benefit analysis, what we gain by Brexit and what we lose.

We know that the Article 50 can be revoked and we aim not for the ‘best deal for Brexit’ but for ‘the best deal for the UK’.

As more and more people are dissatisfied with Brexit we are offering an alternative. We strive for reconciliation.

In 2018 we must stop treating the EU as our worst adversary. We made it clear we were not happy and it is now time to forge a new partnership. Bombardier and the recent US attack on our PM prove that Europe is still our closest kin. (For a very good approximation Europe means EU.)

In 2018 I wish the EU will acknowledge why the UK voted to leave. Then parallel negotiations should start exploring the UK staying after March 2019. As Brexit of 2017 differs from Brexit of 2016, the EU of 2018 will differ from the EU of 2016 too. We must see that as a legitimate option to honour the vote to Leave.

For the UK I wish Remainers and Leavers talk to each other. Only then we can reach a Brexit solution acceptable to both. Otherwise, this country will stay dangerously divided.

Originally published in the Lincolnshire Reporter on 30 December 2017.